Difference between revisions of "Tom Shcherbenko" 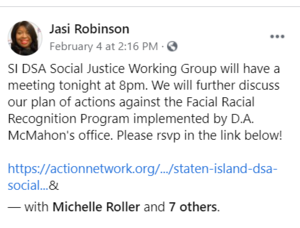 Staten Island Democratic Socialists of America Social Justice Working Group will have a meeting tonight at 8pm. We will further discuss our plan of actions against the Facial Racial Recognition Program implemented by D.A. McMahon's office. Please rsvp in the link below! 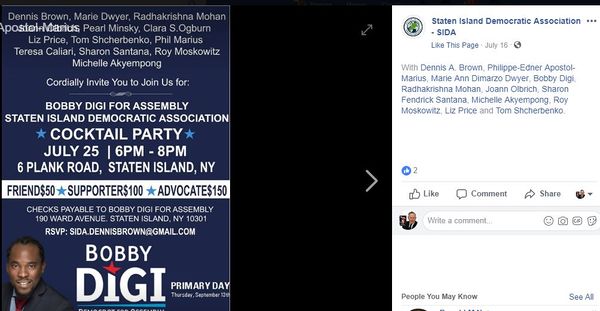 Last week, Our Revolution met with Staten Island Progressive Action Network to strengthen our connection and progressive operation. Progressives are representatives in waiting on Staten Island. We at SIPAN are more than determined to identify progressive candidates and help them win.