Difference between revisions of "Gabriel Shippy" 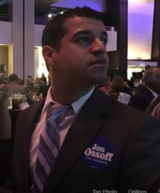 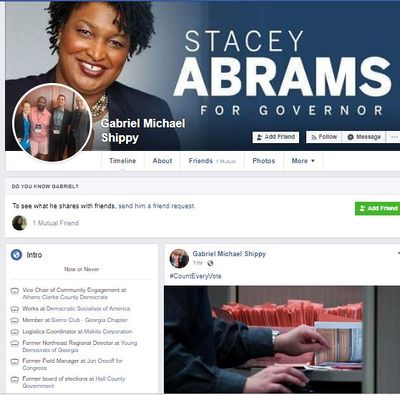 In 2009 Gabriel Shippy signed a petition calling on President Barack Obama to Renegotiate NAFTA. The petition was initiated and circulated by Democratic Socialists of America.[1]

Gabriel Shippy started as a volunteer canvasser for the Jon Ossoff Congressional campaign, but was promoted to a field manager.[2]

I attended a beautiful event this evening hosted by Athens PRIDE and the Athens-Clarke County Democrats at Heidi Hensley Art Gallery.

50 years after Stonewall there is still much work to be done before full equality and security for the LGBTQ community is achieved.

As an unwavering ally, I will continue to do my part by working relentlessly for a society in which acceptance, freedom and equality are the norm, rather than the exception. This group of people gives me optimism that the hope will become a reality. — attending Remembering Stonewall: 50 Years Later with Cameron Harrelson, Robby Bailey, Kyle Kizziah, Leanne Purdum and Jim Taflinger at Heidi Hensley Art.

Gabriel Shippy told Atlanta Progressive News that he plans to run for the congressional Ninth District House seat in 2020. That position is now held by U.S. Rep. Doug Collins (R-GA).[3]

With Tommy Valentine and Mariah Parker.