Difference between revisions of "Cecily McMillan" 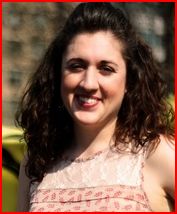 Cecily McMillan is a Wisconsin activist.

In 2010 McMillan was a senior at Lawrence University in Appleton, WI. In addition to her participation in Young Democratic Socialists, previous political involvement includes co-founding and leading her campus' FairWisconsin student organization, promoting LGBTQ rights, as well as organizing campus-wide political debates and small discussion groups. Before college, she was employed in Atlanta by Georgia PIRG, canvassing for community support on key environmental issues, and helped campaign/canvas for Nan Orrock, Georgia State Senator. While in Atlanta McMillan was YDS Southern Regional Organizer.

Occupy Wall Street has been heating up in New York and around the country. DSA honorary chair Cornel West was arrested on the steps of the Supreme Court as part of an Occupy DC protest against the Supreme Court's "complicity in unfettered corporate financing of politicians".

Join us at Boston DSA’s annual awards reception, this year honoring two activists separated by six decades but united in the cause of social justice — Jacob Schlitt and Cecily McMillan.

CECILY McMILLAN also began her activism early on, mobilizing her Atlanta high school classmates against the Iraq war. In 2011, Cecily participated in the uprising against Wisconsin Governor Scott Walker’s anti-union policies, and joined DSA. After moving to NYC she was one of the initiators of Occupy Wall Street. Cecily has recently been convicted of an alleged assault on policeman during a 2012 NYC Occupy rally; if she’s unable to attend the reception, heraward will be accepted by her defense committee.[3]

In 2016 Cecily McMillan of Occupy Wall Street, was a leader of People for Bernie.