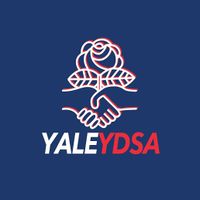 Feb. 2021 Yale Democratic Socialists, officially launched its COVID-19 action plan last Friday to an audience of over 50 students at a virtual kickoff event.

The plan, described in an online petition that has garnered over 200 signatures, demands that the University update financial aid packages and bolster student access to health insurance and mental health services “in light of the multiple, overlapping crises” facing students amid the pandemic.

YDSA organizers emphasized that the suite of three demands — accounting for COVID-19-related financial changes when calculating aid packages, expanding Yale Health insurance coverage to students living outside of the state of Connecticut and allowing students to schedule Yale Mental Health and Counseling appointments and answer basic background questions through the online MyChart portal — was drafted with a view to student input and potential “winnability.”

“What [YDSA is] doing is really important and something FGLI students never really have the courage to ask for,” said Karen Li ’23, who recently completed her tenure as president of the Yale FGLI Advocacy Movement. “Now that FGLI students are finding our footing and realizing that we do have power, we can make demands so that our time here can be spent enjoying college instead of worrying about finances all the time.”

Within an already robust ecosystem of advocacy movements and organizations on campus, campaign co-chair Iman Jaroudi ’23 sees YDSA as another “channel for student mobilization.”

Yale YDSA’s campaign is coordinated with a coalition of seven partnering student organizations to broaden the base of support for the campaign. Those organizations include Disability Empowerment for Yale, the Endowment Justice Coalition, Students Unite Now, the Asian American Students Association, the Yale First-Gen and/or Low-income Advocacy Movement, the Yale Health Equity Initiative and Black Pre-Health Students at Yale.

YDSA’s first proposal demands that the Office of Financial Aid accept 2020 tax returns and other documents indicating significant changes to a student’s financial circumstances. Typically, students on financial aid submit household tax returns dating two years before their current application period. That means that, per the usual policy, students applying for aid in the 2021 academic year would usually report family earnings from 2019 — which, student advocates contend, may not account for significant income losses incurred during the pandemic.

The second proposal, responding to gaps in Yale Health insurance coverage created by the pandemic, asks the University to allow undergraduate students enrolled remotely or on a leave of absence to purchase the domestic “Approved Academic Travel Rider” plan — a domestic short-term health coverage plan in place primarily for graduate students conducting research away from campus — and to subsidize its cost depending on the student’s financial circumstances.

“I frequently felt I had to pick between [my two student] jobs and my mental health care,” said Josh Diaz ’21, a representative of Students Unite Now who spoke during the virtual event. “This is why I am fighting for Yale to decrease wait times and provide better mental health care for students.”

Naomi D’Arbell Bobadilla ’22 added that she has missed many opportunities in her first three years at Yale due to extensive delays while scheduling mental health appointments.

The Yale chapter of YDSA was chartered by the national organization last May, drawing in part from a coalition of students who supported Sen. Bernie Sanders’ candidacy in the 2020 presidential election. The chapter is currently composed of 76 members, YDSA COVID-19 campaign co-chair Caroline Reed ’24 indicated, who meet weekly for organizing and educational meetings.

Here are some Yale Democratic Socialists at the YDS Conference in NYC! We are having a great weekend full of plans for radical organizing! #YDSresist — with Matthew Massie, Emaline Kelso, David Diaz, Axe Yitz, and Mitchell Weldon.

Nearly 70 New Haven community members and Yale affiliates filled the Bradley Room of the United Church on the Green to discuss organizing strategies and visions for the group. The idea for the group originated in November after the presidential election, according to Will Bloom LAW ’17, one of the group’s six lead organizers.

Isaac Kirk-Davidoff ’18, a facilitator for Yale Democratic Socialists, said he was pleased by the energy at the meeting and is hopeful that the DSA will serve as an organization that will truly speak on behalf of the working class and promote the cause of socialism. [2]