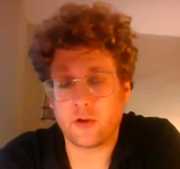 On May 26, 2021 14 million Syrians voted in Presidential elections, overwhelmingly reelecting President Bashar al-Assad. An independent, international delegation of observers called the election "the legitimate, democratic expression of the Syrian people" and noted that "for many Syrians, the election represents the imminent ending of the war, the defeat of foreign plots, and hope for the future." Join 4 participants from the delegation for an eyewitness account of the situation in Syria as the country continues to push back U.S. intervention, reassert its sovereignty, and rebuild after years of imperialist war.

According to Austin Dewey and Kent Mori September 23, 2020 Minneapolis, MN - On September 17, over 30 activists in Minneapolis bannered across Interstate 94 during rush hour to remember the Sabra and Shatila massacre and highlight the destructive role the U.S. plays in Lebanon. They waved Palestinian flags and dropped banners across eight lanes of traffic demanding an end to aid in Israel, demanding an end to apartheid, and expressing solidarity against state violence. The response from people passing by was overwhelmingly positive with a constant stream of honks from cars.

Mariam El-Khatib from American Muslims for Palestine told the crowd, “Yes, we’re here to remember the Sabra and Shatila massacre that happened 38 years ago, but it is more than just about the Sabra and Shatila massacre, we’re here to remember that they were more than just the victims of Israeli aggression. They were the victims of the Nakba, the victims of the occupation, the wall and other attacks.” She continued, “This peace deal has been framed as something that benefits the Palestinians, but I’m not sure how they get to decide that when the Palestinians weren’t even at the table.”

Sarah Martin from Women Against Military Madness spoke passionately against the so-called peace deal as well.

Wyatt Miller of the Anti-War Committee connected these events to the role the U.S. plays. He said, “The Anti-War Committee says end U.S. aid to Israel, and hands off Lebanon. This is especially important in 2020. Last month saw the ammonium nitrate explosion which destroyed the Beirut port. Trump has exploited this tragic accident by introducing sanctions against Lebanon. His administration claims the sanctions are ‘targeted’ but we know from Iraq, Iran, Venezuela and too many other countries that even ‘targeted’ U.S. sanctions are used to slowly ramp up suffering and deprivation on an entire population, as a form of brutal, coercive pressure.”[1]