Note, this is not Wallace Kaufman, writer, of http://www.sicvita.com 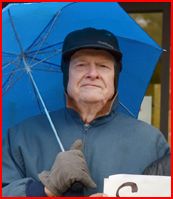 F. Wallace "Wally" Kaufman was an Ohio based Communist Party USA activist, and the brother of the late Roy Kaufman.

The former chairman of the Ohio Communist Party died peacefully at his home in Geneva, Ohio, Feb.3. 2017. He was 89.

Kaufman grew up on a farm near Massillon, Ohio. His father was a teacher. His mother, Edna Kaufman, was a prominent leader of the Socialist Party USA and active in the fight for women’s suffrage. At the age of 18, Kaufman joined the Army Air Corps in its radar unit. He was among the troops occupying Germany at the end of World War II and took part in demonstrations to “Bring the Boys Home” that helped prevent Gen. George Patton from carrying out a "criminal plan" to march on the Soviet Union.

After the war, Kaufman attended Oberlin College, studying music, under the G.I. bill. He then held jobs in local steel mills that had been organized into the Congress of Industrial Organizations. He later got a job as a painter and became an active leader of the Painters Union. During the Cold War a fellow painter, who was a professional boxer, taught Kaufman and others in their union skills in self defense.

This was needed to beat back attempts by right-wing thugs sent by the contractors to break up meetings and take over the union. As a result the Cleveland Painters maintained progressive leadership and was one of the only building trades unions at the time to include African Americans as members.

Working with his brother, Roy Kaufman, an attorney, who headed the local Council on American-Soviet Friendship , Kaufman organized trade union delegations to the USSR and also hosted Soviet and Cuban labor delegations in Cleveland.

Kaufman was an active member of the Parma Committee on Political Education, the very influential political action arm of the AFL-CIO in union-dense southwestern suburbs of Cleveland. For a time under the administration of former Governor Ted Strickland, Kaufman served as an inspector enforcing labor standards at construction sites.

After 35 years as a working painter and union official he retired in 1991. From 1998 to 2006, Kaufman served as Chairman of the Ohio Communist Party.

Kaufman remained active with the Painters Retirees and helped bring about a merger of retiree groups to form the AFL-CIO Retiree Council. He served as the Council’s President and led campaigns to protect pensions and Medicare and to defeat President George W. Bush’s attempt to privatize Social Security.[1]

He also used his position to mount a successful challenge to Cold War provisions in union constitutions barring Communists from holding office. Kaufman had been nominated to represent the retiree council on the executive committee of the North Shore AFL-CIO Federation of Labor, but said he could not accept due to the anti-Communist clause. This caused an uproar with protests being sent to AFL-CIO President John Sweeney At the following AFL-CIO Convention, the clause was quietly removed. The Painters and most other unions then followed suit removing similar provisions in their constitutions.[2]

Upon retirement, Kaufman moved with his wife, Elsie, and some of their family. to a farm they had purchased in Ashtabula County in the northeastern corner of the state. They raised corn, hogs and beef. The farm was also the site of schools and picnics held by the Communist Party USA and [Young Communist League]. Its main room was simply furnished with a wood stove and a long table for Party club meetings, classes and meals. There was a piano and a bust of Eugene Debs, the great American socialist and labor leader in the room. On the wall was a picture of the late George Meyers, Kaufman’s close friend and longtime national labor secretary of the CPUSA.

In Ashtabula Kaufman became active with the Farmers Union, the County AFL-CIO and the local Democratic Party. Every summer he helped organize a booth at the county fair where tens of thousands of signatures were collected on petitions to Congress supporting retiree rights. Kaufman helped run the county campaigns of presidential candidate Barack Obama and took part in last year’s efforts on behalf of Bernie Sanders and Hillary Clinton.

Through his decades of outspoken leadership in struggles on behalf of working people, Kaufman won deep respect and admiration. Many younger union leaders and Communist Party activists considered him their mentor. He never wavered in his revolutionary beliefs and his commitment to workers’ rights and social justice He was always ready to fight corporate power and anxious to share the rich wealth of his acquired wisdom. Delegates to the February meeting of the North Shore AFL-CIO stood for a moment of silence after President Pat Gallagher spoke highly of Kaufman’s leadership.[3]

In 2009 Wally Kaufman was a contributing editor and a member of the [4] of the Editorial Collective of Political Affairs, theoretical journal of the Communist Party USA.

As at June 1999, Wally Kaufman served as Ohio District organizer for the Communist Party USA.[5] As at October 1999 he served on the National Board for the CPUSA and chairman of the Ohio CPUSA.[6]

In 1995 the Communist Party USA newspaper People's Weekly World, published a "May Day salute" to the "heroes in the class war zone". More than 100 unionists/activists endorsed the call, mostly known affiliates, or members of the Communist Party.

Wallace Kaufman, Painters Local 683, Cleveland Ohio, was one of those listed[8].

In January 1998 fourteen Ohio labor leaders, headed by Dick Acton, vice president of the Ohio AFL-CIO, sent a letter to their contemporaries urging their financial support of the Communist Party USA's People's Weekly World. The letter, which was sent to 50 labor leaders in the Cleveland area of Northeast Ohio said the World "tells our story and unhesitatingly takes our side. It was there when we needed it and now it needs is."

The occasion was the opening of the county Democratic headquarters, but the event had been initiated by a grassroots progressive coalition.

Wally Kaufman, vice president of the AFL-CIO Retirees Council, said he and activists from the NAACP, the Farmers Union and other groups had planned a picnic to mobilize for the elections, but at the request of the Democrats, agreed to combine the event with the opening of the party's headquarters.

"We plan to set up an Ashtabula Progressive Forum to hear speakers and discuss issues, especially in relation to the elections," he said.

Kim Parker, president of the Democratic Women's Caucus welcomed about 50 people in attendance to the brightly lit storefront stressing the critical battle shaping up. George Williams, president of the NAACP, also gave words of greetings and an invocation.

Ray Gruber, president of the Ashtabula AFL-CIO, said labor was already making 20,000 calls a week, on behalf of its endorsed candidates, out of phone banks throughout the state.

He said the race for the U.S. Senate seat left open by the retirement of Republican Senator George Voinovich was critical. There could not be a clearer choice, he said, than between Lt. Gov. Lee Fisher, the Democrat, and Rob Portman, the Republican, who served as trade representative and budget director under President George W. Bush.

"Portman was the architect of the Free Trade Agreements and budget policies that have cost Ohio hundreds of thousands of jobs," he said.

Diana Sowry, secretary of the AFL-CIO, warned about the intense anger felt by many young people in the community.

"They feel they have no future. We need to hit the streets and fight back against the dark force," she said, referring to the Republicans. She urged people to take part in the national march on Washington for jobs, peace, education and justice set for Oct. 2.

Bill O'Neill, Democratic candidate for Congress, said there is deep-seated anger about the bailout of the banks and the unfunded wars.

"Now there is also growing fear," he said. "Young people are in debt. The dreams of a safe, secure retirement are disappearing. Home values are gone."

He called for efforts to stop the continuing loss of jobs by ending tax breaks for corporations that go overseas and insisting that wind turbines and other equipment in new green energy industries be manufactured in the United States. He also called for tax incentives for small business to create jobs.

Strickland, he said, was a "people's candidate, you can trust." His opponent, John Kasich, however, was an executive with Lehman Brothers, the giant Wall St. bank that collapsed last September. Kasich is calling for privatizing the state's department of economic development, which would end transparency and open the door to corruption.

In July 2013, Wally Kaufman, vice president of the Ohio Alliance for Retired Americans, who lives in Ashtabula, said, "Chained CPI is the name given to the proposed cuts by Wall Street corporate economists to confuse people on what they are trying to do." If adopted, he said, "chained CPI will reduce the cost-of-living increases that were built into Social Security benefits for the 78 years of its existence to keep pace with rising inflationary costs for everything we buy."

"They try to justify these cuts with the false claim that workers have already cut costs when they retire, so they don't need full cost of living increases," Kaufman said. "Try telling that to millions of workers and their families who are trying to live out their retirement years with the dignity and comfort they worked so hard to earn."

Kaufman noted that Social Security, won as part of the New Deal reforms, is now under attack by the one percent billionaires, their think tanks, and paid political handmaidens. The graduated Income tax, another New Deal measure passed to increase the tax burden on the super-rich and lower it on the lowest paid workers, is also under attack in many states, with the Republican- controlled Ohio state government and legislature giving a 20 percent cut in the top income tax rates and increasing sales taxes on most products working families must buy.

Says Kaufman: "Wall Street corporate financiers are conducting an ongoing hatchet job on living standards of working families and retirees. Once again, we are called on to fight back, and the Town Square human chains show people are ready and able."[11]

Circa 2010 Wally Kaufman was VP of the Ashtabula/Lake/Geauga Farmers Union, while Mardy Townsend was President. He has a farm in Ashtabula County.