Timeline of the Presidency of Barack Obama (2009) 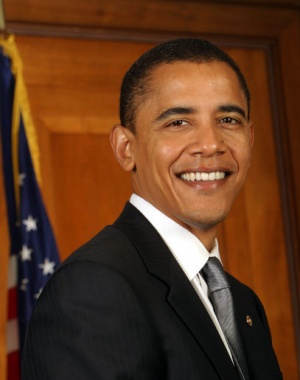 The following is a timeline of the Presidency of Barack Obama from his inauguration as President of the United States on January 20, 2009 to December 31, 2009. Visit the main page on Barack Obama's Presidency here... 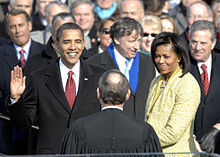 Barack Obama is inaugurated as the 44th President of the United States
Obama presents his first weekly address as President, discussing the American Recovery and Reinvestment Act of 2009, Jan. 24, 2009. 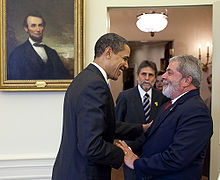 Obama with Calderon in Mexico City.