Terry McAuliffe was Governor of Virginia.

Socialist in the office

The local progressive community has a lot to be thankful for this year.

We delivered a stunning blow to the Tea Party by electing Terry McAuliffe as Governor, Ralph Northam as Lieutenant Governor and Mark Herring as Attorney General.

The governors of nine U.S. states have sent a forcefully worded letter to the House and Senate leadership in Washington calling for an end to the 54-year U.S. trade blockade of socialist Cuba.

The text of the letter emphasizes the benefits that could accrue to U.S. industries, especially agriculture, and workers by greatly increasing U.S. trade with Cuba. The letters point out that although the sale of U.S. farm products has been allowed since the passage of the Trade Sanctions Reform and Export Enhancement Act of 2000, Cuba is still not allowed, under U.S. law, to purchase any U.S. products using credit mechanisms available to all other U.S. trading partners.[2]

At Center for Democracy in the Americas Sara Stephens has led more than 70 official fact-finding trips, trade and cultural missions, and people-to-people delegations to Cuba over the past 17 years, including those of The President’s Committee on the Arts and Humanities; Governors Andrew Cuomo (NY) and Terry McAuliffe (VA); seven U.S. corporations from the Fortune 100 List, and dozens of Members of the U.S. House and Senate from both parties. 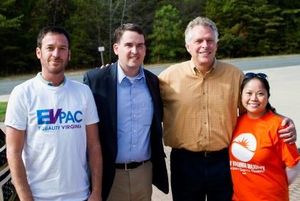 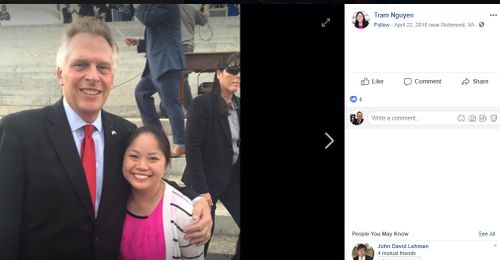 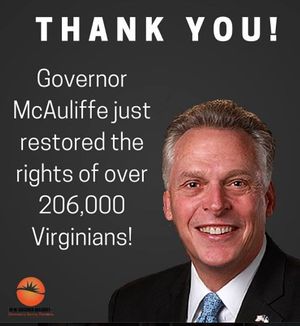 Governor McAuliffe just signed an order restoring the civil rights of over 206,000 Virginians! All Virginians convicted of a felony, who have completed their sentences, including probation and parole, are now able to register to vote. 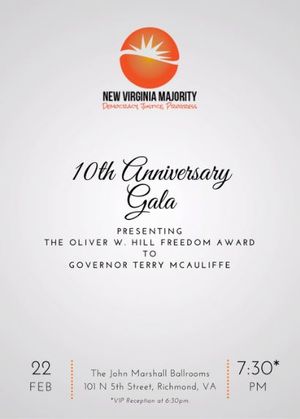 Democratic Party luminaries and 2020 presidential mentionables gathered May 2017 for an “ideas conference” organized by the Center for American Progress, the Democratic establishment’s premier think tank.

Its stated purpose was to focus not on “what could have been,” said CAP Vice President Winnie Stachelberg introducing the day, but on “new, fresh, bold, provocative ideas that can move us forward.”

Convened in a basement of Georgetown’s Four Season’s Hotel, the posh watering hole for Washington lobbyists, lawyers and visiting wealth, the conference quickly revealed how hard it is for Democrats to debate the future when Trump is taking all of the air out of the room.

The national press treated the event as a cattle show, an early audition of potential 2020 presidential contenders. This is both way premature and unfair. Kirsten Gillibrand (S-NY), Kamala Harris (S-Cal) and Terry McAuliffe (G-Va) delivered brief addresses on specific issues rather than stump speeches.

Gillibrand laid out her national paid family leave plan; Harris took apart Attorney General Session’s revival of the failed war on drugs; McAuliffe warned about gerrymandering and the importance of winning gubernatorial races before the 2020 census and reapportionment. Sen. Merkley was buried on the economics panel. Bernie Sanders wasn’t even invited.[3]

“The executive action signed last week is deeply disconcerting as it demonstrates that the incoming administration lacks the ability to make smart policy judgments and basic compassion for the sufferings and struggles of everyday people,” states the Annandale-based National Korean American Service & Education Consortium (NAKASEC). “Having propagated lies about Muslim Americans and refugees, President Trump is now targeting them in actions that are racist, xenophobic, and unacceptable. Moreover, denying entry to refugees fleeing war and persecution is profoundly inhumane and unAmerican.”[4]