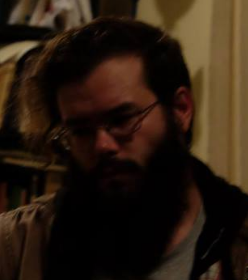 Tailer Ransom is a Memphis Tennessee activist. Graduate Instructor at University of Memphis. Research Assistant at Institute for Intelligent Systems. 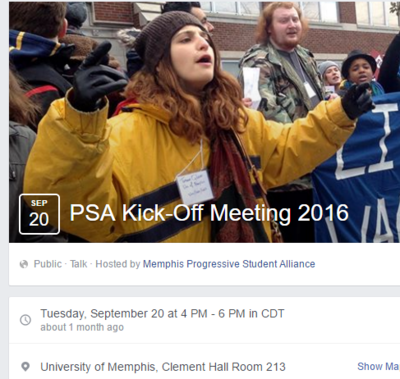 Join us for the UofM Progressive Student Alliance kick-off meeting this coming Tuesday, September 20th on the UofM Campus. It will be in Clement Hall, Room 213 at 4PM. We are THE organization on campus fighting against racism, gender oppression, and economic injustice. Join us as we unite for our first meeting and discuss the general structure of PSA, our vision, and our campaigns for the semester. The 2016 presidential election season is upon us. The time is ripe to organize, and to DUMP Donald TRUMP!

Those indicating they would attend, on Facebook included Tailer Ransom .[1]

Those saying they would attend, on Facebook included Tailer Ransom.[2]