Stefanie Ehmsen was born in Hamburg, Germany. Before her appointment as RLS–NYC co-director, Stefanie lectured as Professor of Gender and Diversity at the Beuth Hochschule, Berlin. She wrote her Ph.D. thesis about the women’s movements in the United States and Germany. From 2006 to 2011, Stefanie was a member of the executive board of the Rosa Luxemburg Stiftung.[1] 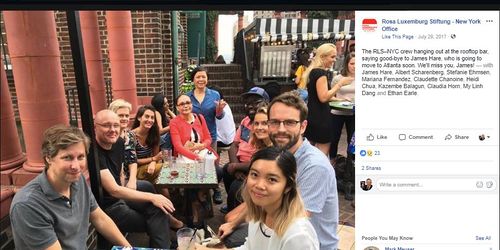