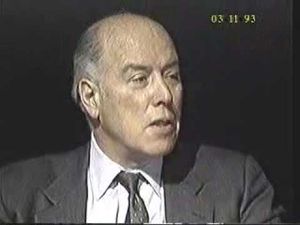 In May 1992, Sean Gervasi, a former professor at the Sorbonne, addressed a meeting of New York Democratic Socialists of America, on measures which would transform the American economy.[2]

In 1993 Gervasi was listed as a among "former Visiting Fellows and Visiting Scholars and current TransNational Institute Fellows" on the Institute for Policy Studies 30th Anniversary brochure.