Sarita Gupta has, since 2007 been, the National Field Director of Jobs with Justice, "a national campaign for workers' rights and economic justice that consists of over 40 local coalitions in cities across the United States"[1].

Sarita Gupta is a nationally recognized expert on the economic and political issues affecting working people, particularly low-wage workers, and is a key leader and strategist in the progressive movement. Throughout her 20-year career, she has worked at the intersection of workers’ rights, immigrants’ rights, global justice, racial justice, and women’s rights issues. She was named one of the 19 Young Activists Changing America by Bill Moyers and has appeared in The Wall Street Journal, Bloomberg, Politico, and The Hill, and on MSNBC and Al Jazeera America. She writes regularly for The Huffington Post, The Hill, and Bill Moyers.

Under Sarita’s direction, Jobs with Justice is leading the fight for workers’ rights and an economy that benefits everyone by anchoring strategic campaigns and shaping the public discourse to build power for working people. Sarita began as a community activist and grassroots organizer, playing an integral role in the student movement as the elected president of the United States Student Association. She has since held several leadership positions at Chicago Jobs with Justice and national Jobs with Justice, becoming executive director in 2007. Sarita also serves as co-director of Caring Across Generations. She serves on the boards of directors for the International Labor Rights Forum and the Institute for Policy Studies and on the Discount Foundation Board of Trustees. She is a Prime Movers Fellow as well as a graduate of the Rockwood Leadership Training Program, and is a recipient of the National Priority Project’s Democracy Champion Award and Corporate Ethics International’s BENNY Award. Born in the United Kingdom and raised in Rochester, NY, Sarita currently lives in Silver Spring, MD with her husband Eddie Acosta. [3]

Sarita Gupta is the executive director of Jobs with Justice. With offices in 25 states and 45 communities, JWJ collaborates with community, student and faith organizations to build a vital labor movement for economic and social justice.

Gupta’s career as an organizer began as a student at Mt. Holyoke College. In 1996 she was elected president of the United States Student Association, the nation’s oldest and largest grass-roots legislative student organization. In that position, she represented more than 3.5 million students nationwide at the White House, on Capitol Hill, and at the Department of Education. She joined JWJ in 2004 as a national field organizer and then headed the group’s Chicago office before being named executive director.

JWJ’s organizing efforts include campaigns to protest unjust deportations in Phoenix, fighting unsafe living and working conditions among Jamaican guest workers in Florida, organizing fast food workers around the country to launch a one-day strike in July to protest poverty-level wages, and holding a 24-hour fast outside the New York City penthouse of Wal-Mart board member Michelle Burns to protest the corporation’s abuse of its employees.

Gupta is also the co-director of Caring Across Generations, a coalition of 200 advocacy groups that seeks to provide quality care and dignity for aging Americans, as well as their caregivers.[4]

In 1996, Sarita Gupta was elected the National President of the United States Student Association (USSA), the country's oldest and largest grassroots legislative student organization. She served as a trainer for the Grass Roots Organizing Weekend (GROW) program, a project of USSA and the Midwest Academy[5].

Sarita graduated from Mount Holyoke College where she was active in a wide range of issues including leading a successful recruitment and retention campaign of low-income students and students of color.

Sarita Gupta, coordinator of Chicago JwJ and former president of USSA, and then USSA President Jo’ie Taylor were guest speakers at the convention[6].

Prior to joining the national JWJ staff in 2002, Sarita Gupta served as the Executive Director of Chicago Jobs with Justice for four years, where "she helped build the coalition to over 70 member organizations and unions, and deepened their work to address key workers' rights issues including: health care justice, organizing and collective bargaining rights, immigrants' rights, day labor/temporary labor issues, housing, and globalization. During her tenure in Chicago, she served on the National Board of JWJ"[7].

Sarita Gupta, Jobs with Justice, was a 2006 Rockwood Leadership Institute National Leading From the Inside Out Alum.[8]

In 2009 Sarita Gupta served on the Excutive Committee, At-Large and as a Staff Member for Jobs with Justice[9]. Executive Director.

John Cavanagh is the director of the Institute for Policy Studies and Sarita Gupta is the executive director of Jobs with Justice. They are among the co-authors of the new study, "Battered by the Storm: How the Safety Net is Failing Americans and How to Fix It[10]."

On November 13, 2009, Asian Pacific American Labor Alliance convened the first National Asian Pacific American Worker’s Rights Hearing, a historic gathering of over 200 APA trade unionists and community allies. The hearing was convened in the Samuel Gompers room of the AFL-CIO headquarters in Washington D.C. APAs nationwide spoke about challenges they faced in exercising their right to organize including employer intimidation, immigrant worker exploitation, health and safety violations, wage theft and union suppression – while also highlighting the strategies that individual workers and unions have developed in the fight for worker solidarity and economic justice

These worker testimonies, policy solutions, and additional research were presented in APALA's groundbreaking report, Breaking Ground, Breaking Silence, which was published in 2010.

Over 200 people from across the country attended this historic hearing.

The hearing was co-convened by APALA and the AFL-CIO, in partnership with over 20 national and local organizations, to provide the first national platform for APA workers focused on the right to organize and the rights of immigrant workers.

Sarita Gupta was one of the 158 speakers who addressed the Take Back the American Dream Conference 2011 . The Conference was hosted by the Institute for Policy Studies, and Democratic Socialists of America dominated Campaign for America's Future, [13]

Equality and Jobs for the 99%:Economic Justice for All

A public event sponsored by Democratic Socialists of America, "Equality and Jobs for the 99%:Economic Justice for All", was held November 11, 2011; 7:00 p.m. at St. Stephen and Incarnation Church, 1525 Newton NW, Washington, D.C.

DSA, the principal U.S. affiliate of the Socialist International, is the largest socialist political organization in the country, with more than 6,000 members and active locals in more 40 U.S. cities and college campuses. DSA Locals in New York, Boston, Philadelphia, Chicago, and Wichita, among others, have taken an active role in the Occupy Wall Street, Occupy Freedom Plaza, and other Occupy protests in support of jobs and economic justice.

This meeting was organized in conjunction with the 15th National Convention of Democratic Socialists of America, which is being held at the Sheraton Premiere at Tysons Corner November 11-13, 2011.[14]

Individuals and organizations supporting The 99% Spring, as of April 20, 2012, included Sarita Gupta - Jobs with Justice .[15]

Circa June 2014, The Nation invited leading activists from across the progressive movement to talk about how we can build power to effect real change, not simply fend off reactionary assaults.

Participants in PROGRESSIVE STRATEGIES IN A POPULIST MOMENT included;[16]

As of 2015 the Retail Justice Alliance Steering Committee included;[19] 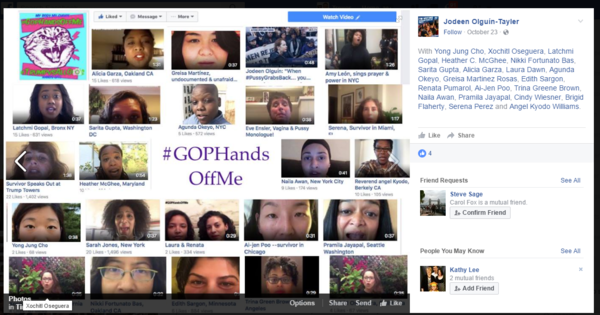 Labor Network for Sustainability board, July 2018;[20]