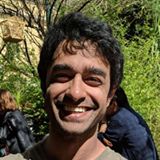 Saikat Chakrabarti is under investigation for alleged campaign finance misconduct as of August 4 2019.

"The 32-year-old Fort Worth native came to the Bernie Sanders campaign after growing disillusioned with the tech world. He co-founded Mockingbird, a web design tool, and then built up the product team at the payment processor Stripe. That followed a brief stint on Wall Street right out of Harvard.

According to the Washington Examiner,[1] Federal Election Commission filings "showed he siphoned more than $1 million in political contributions into two private firms that he also owned."

"Chakrabarti, who graduated from Harvard and made millions in the tech industry, founded two PACs — Brand New Congress and Justice Democrats — to rally behind liberal candidates in elections....Both PACs raised about $3.3 million in mostly small dollar donations in 2016 and 2017. FEC filings revealed that about one-third of the money was allocated to two private businesses with names nearly identical to the PACs, Brand New Congress LLC and Brand New Campaign LLC."

In 2016 Saikat Chakrabarti was a board member of Brand New Congress.

A co-management team of Walt Sarkees, of Morgantown, and Brandi Miller, of Buckhannon, will handle day-to-day operations. Teri Dalton, also of Morgantown, has been named campaign treasurer. Saikat Chakrabarti, Justice Democrats executive director and former director of organizing technology for Bernie Sanders’ presidential campaign, will remain as coordinating liaison to the Paula Jean Swearengin for US Senate campaign.[5]