Robert Pollin is Professor of Economics and founding Co-Director of the Political Economy Research Institute (PERI) at the University of Massachusetts, Amherst.

In 1996 Robert Pollin, University of Massachussetts- Amherst was one of the original 130 founders of Campaign for America's Future.[1] 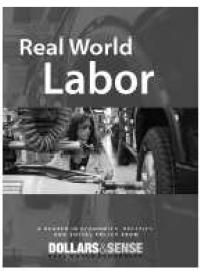 "Meltdown and Recovery in Detroit: The Economic Collapse and a People's Plan for Recovery"

On May 23, 2009, together with The Nation magazine and other organizations, the Institute for Policy Studies helped convene a panel discussion on the effects of the economic crisis in Detroit. "Meltdown and Recovery in Detroit: The Economic Collapse and a People's Plan for Recovery" was an historic gathering of local Detroit activists and national progressive leaders, all offering their perspectives on what caused the economic crisis, how it was affecting Detroit, and what changes need to be made to recover from it.

In 2010, Robert Pollin, Co-Dir., Political Economy Research Ctr. & Prof. of Economics, UMASS/Amherst, was listed as serving on the advisory board of the Democratic Socialists of America dominated National Jobs For All Coalition.[5]