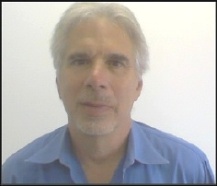 Robert K. Handelman is included in the 2010 edition of The Best Lawyers in America. He is married to Ohio Congresswoman Mary Jo Kilroy.

Up until 2008, Robert Handelman was a senior partner practicing in the firm Barkan Neff Handelman Meizlish. He specialized in the firm’s Labor and Employment, Workers’ Compensation, Medical Malpractice, and Personal Injury areas. Mr. Handelman received his law degree from Case Western Reserve University. He is admitted to practice in front of the Supreme Court of Ohio, the United States District Court (Ohio-Southern and Northern Districts, West Virginia, Illinois Northern District), and the United States Courts of Appeals (Fourth and Sixth Circuits).

Handelman’s resume includes representing the Teamsters Local 284 for over 10 years. Other clients of his include the Communications Workers of America Local 4320, the Springfield Professional Firefighters Local 333, and the International Association of Theater & Stage Employees Union Local 12. He has also represented the United Mine Workers, the Farm Labor Organizing Committee, and Glass Molders Union Local 249, among others[1].

Bob has testified on pension fund issues involving labor organizations before the United States Congress. He has made numerous professional presentations on labor and police misconduct issues. He has served as class counsel for significant class actions including the use of female correctional officers in Ohio, the recovery of excessive administrative fees, and fiduciary abuses of union health and welfare funds.”

Robert Handelman is professionally affiliated with the Columbus Bar Association, the National Lawyers Guild, the Ohio Employment Lawyers Association, and the Workers Injury Law and Advocacy Group where he serves on the Board of Directors AFL-CIO Lawyers Coordinating Committee[2].