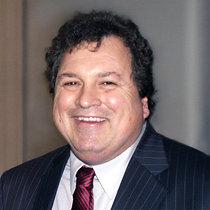 Fitrakis is the author of five Fitrakis Files books: Spooks, Nukes & Nazis, Free Byrd & Other Cries for Justice, A Schoolhouse Divided, The Brothers Voinovich and the Ohiogate Scandal and Star Wars, Weather Mods and Full Spectrum Dominance. compilations of his writings at the Free Press and Columbus Alive. Fitrakis and Harvey Wasserman co-wrote Did George W. Bush Steal America's 2004 Election? Essential Documentsand What Happened in Ohio? A documentary record of theft and fraud in the 2004 election (New Press 2006) (with Steve Rosenfeld) and How the GOP Stole America's 2004 Election & Is Rigging 2008, George W. Bush vs. The SuperPower of Peace in 2003 and Imprison Bush in 2004-2005. Fitrakis also wrote The Idea of Democratic Socialism in America and the Decline of the Socialist Party (Garland Publishers 1993). Dr. Fitrakis is a frequent speaker on political, labor and social policy issues at national academic and political conferences[2].

Fitrakis is the Executive Director of the Columbus Institute for Contemporary Journalism which was founded in 1986 as the sponsor of the The Free Press newspaper.[3]

In 1983 Robert Fitrakis was a Detroit, Michigan delegate to the Democratic Socialists of America conference in New York City, October 14-16, 1983[4]

In 1994 Bob Fitrakis, Columbus Ohio, was a member of the Democratic Socialists of America Steering Committee.[7]

Paul Pinsky was named as attending a Democratic Socialists of America National board meeting in Washington D.C. in 1992. member in Democratic Left, July/August 1992, page 11.

In March 1994 Fitrakis served as an international observer for the national elections in El Salvador and in 1993, he visited Reynosa and Matamoros, Mexico as part of a human rights delegation to investigate conditions in the maquilladoras. As a result of the trip, he co-produced a video entitled "The Other Side of Free Trade" shown around the country at colleges and public access stations[8].

Is religion a fault line on the Left? The topic was race, but religion quickly took center stage at "Breaking Bread," a Nov 7 1997 community dialogue on race relations at Columbus State Community College organized by Democratic Socialists of Central Ohio's Robert Fitrakis and Suzanne Patzer. The panelists were Barbara Ehrenreich, Cornel West, Luella Tapo of the Native American Indian Center, Rev. Dr. Jeffrey Kee of Building Relationships for Equality and Dignity (BREAD), Bill Moss of the Columbus School Board, and Baldemar Velasquez of the Farm Labor Organizing Committee (FLOC). Religion came up because Kee, Moss and Velasquez testified to their faith as their motive to struggle against injustice[9]</ref>.

Fitrakis serves as the Ohio Chancellor and was voted the National Vice Chancellor in 2005 of the International Association of Educators for World Peace, an NGO in over 100 nations working to promote human rights and world peace[10].

In 2006, Fitrakis ran as an independent candidate for Governor of Ohio endorsed by the Green Party USA. Fitrakis was a candidate for Congress in the 12th district in 1992, running against Congressman John Kasich and for the Columbus School Board in 1995. He was the elected Democratic Ward committeeperson in the 55th ward from 1996-2000. He currently serves as a Near East Area Commissioner and ran for Columbus City Council in the primary of 2003 Columbus School Board that same year and endorsed by the Central Ohio Green Party. He served on the Africentric School Advisory Board for the Columbus Public Schools and worked with the West High School College Preparation Program[11].

"DSA has formed a Political Action Committee—Democratic Socialists of America PAC (DSA PAC), which will raise funds to enable activity that supports or opposes candidates for federal office. By law, DSA is not permitted to expend its resources in support of or against candidates in partisan elections; however, DSA is permitted to form a PAC for this purpose...
...Only DSA members in good standing may contribute to the PAC. Because the law is so specific, all contributions are carefully screened to make sure that they are from members."[14]

Fitrakis is the Editor and Publisher of Columbus Ohio based The Free Press[15] as well as serving on its Board of Directors.[16].

On ACORN and Obama

Fitrakis credits ACORN with a large role in the election of Barack Obama[17].

The level of the current right wing frenzy against the Association of Communities Organizing for Reform Now (ACORN) can only be understood within the dynamics of President Barack Obama's 2008 election and John Kerry's "official" loss in 2004.

ACORN, more than any other political organization, was responsible for Obama's victory. ACORN in Ohio, and in key swing states, did what the Democratic Party used to do, but now seems incapable of doing – registering large numbers of low income and working class voters.

"The Other America" forum