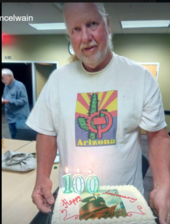 With Sheila Ryan and Virginia Hauflaire. 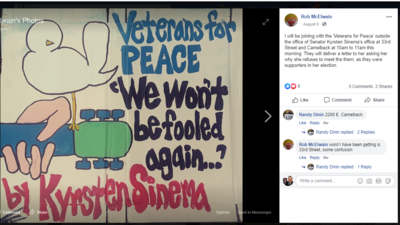 I will be joining with the 'Veterans for Peace' outside the office of Senator Kyrsten Sinema's office at 33rd Street and Camelback at 10am to 11am this morning. They will deliver a letter to her asking her why she refuses to meet the them, as they were supporters in her election.

Valley of the Sun Club

Rob McElwain this photo was taken at the Fair Trade Café at meeting with Peoples World (& Sports Illustrated) writer/journalist/Labor organizer Al Neal, speaking to Valley of the Sun Club Communist Party USA about Brexit and European politics last month (May). 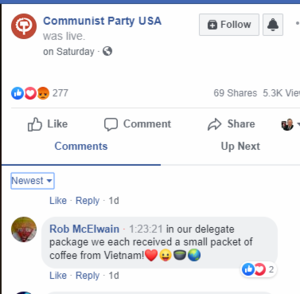 In 2019 Rob McElwain was a delegate to the Communist Party USA national convention in Chicago.

Get the latest on the legal battle over Arizona's controversial immigration law at www.azcentral.com. 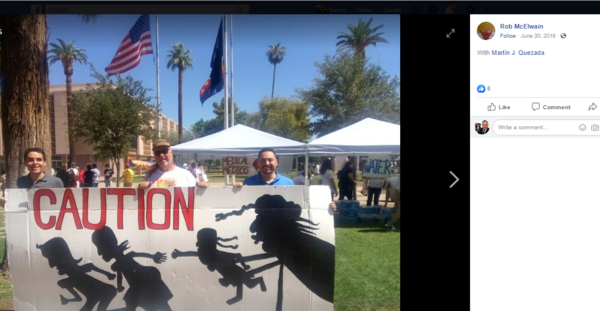 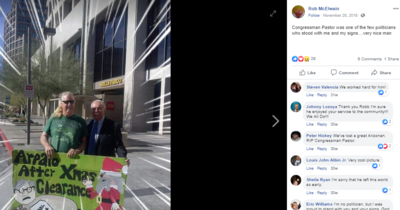 On May 1 2009, this statement appeared in the Communist Party USA paper Peoples World;[1]

Arizona’s progressive community extends May Day and Cinco de Mayo greetings to all our friends across the country. We commit ourselves to join the struggle for jobs, equality, national health care, a fair immigration policy, and for peace and justice in the Middle East. Let’s make this planet a good place to live for all its inhabitants.