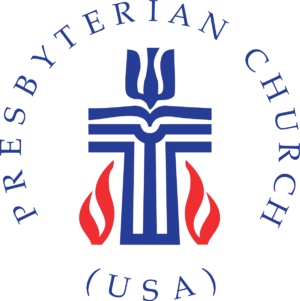 Presbyterian Church (USA) is a "Member Communion of the Church World Service.[1] It's publication is the Presbyterian Outlook.

The Reverend Dr. J. Herbert Nelson, II is the Stated Clerk of the General Assembly of the Presbyterian Church (USA), a "Member Communion of the Church World Service.[2] as of 2016.

The Reverend Gradye Parsons previously served in the role until his retirement.[3]

The Biden White House agreed to host a conference after a letter coordinated by the Alliance to End Hunger, who seeks to expand the role of government in food systems, was signed by multiple advocacy organizations on March 14, 2022.[4]

The letter reads in part:

"...Food insecurity negatively impacts health, educational access, workforce readiness and business productivity. In addition, the COVID pandemic has affected food security in all corners of America, while also widening the disparities in food insecurity among individuals who are Black, Indigenous, Latino and other people of color. Food insecurity in America is a political choice and there is an opportunity to take transformative action.

"A new White House Conference would bring together a broad range of stakeholders to comprehensively address food, nutrition, hunger and health in America. The conference should include the expertise of government agencies, the anti-hunger community, individuals who have experienced hunger and poverty, businesses, academia, and grassroots, healthcare and faith-based organizations. Ideally, it would seek to create a real, concrete plan to eliminate hunger and food insecurity, address hunger’s root causes and ensure nutritious food is accessible to all."

"The delegation now in Cuba is being led by Church World Service (CWS) President and CEO the Rev. John McCullough. Church World Service has long urged the U.S. government to lift the decades-old embargo on Cuba and to normalize relations with the island nation. Last year McCullough and other U.S. faith leaders praised President Obama for a 2011 directive that lifted restrictions for religious and academic travel to Cuba, in addition to unrestricted travel by Cuban Americans.

“We are a humanitarian and relief organization and while Church World Service is taking a lead in what actually is a broad interfaith advocacy effort around normalizing relations, we lead with our faith,” McCullough said. “It is about relating to people on the strength of our faith, our values and the things that we hold to be true. Policies that relegate people to conditions of hunger and poverty are wrong.”

"The delegation was led by the Rev. John McCullough, president and CEO of Church World Service (CWS). "CWS has long urged the U.S. government to lift the decades-old embargo on Cuba and to normalize relations with the island nation,” read a denominational press release. “Last year McCullough and other U.S. faith leaders praised President Obama for a 2011 directive that lifted restrictions for religious and academic travel to Cuba, in addition to unrestricted travel by Cuban Americans.”

This, along with another post by Presbyterian Church (USA)'s Gradye Parsons in December 2014:[7]

"The Presbyterian Church (USA) has been working for more than 30 years to help ease the hardships caused by the United States’ economic embargo on Cuba and to end the embargo itself. Recently I have been participating in a series of meetings with government officials both in Cuba and in Washington. Along with the Rev. John McCullough, president and chief executive officer of Church World Service; and Rabbi Elhanan Schnitzer “Sunny” , executive director of the Cuba-America Jewish Mission; we emphasized the humanitarian reasons for the release of Alan Gross and the three Cuban prisoners.

"The announcement today by President Obama not only eases the suffering of the family members and friends of these prisoners, but also takes us closer to a day when our two peoples will have no impediments to full and flourishing relations. We rejoice along with the Cuban Council of Churches and the Presbyterian Church of Cuba for the good news that will further the cause of peace and human rights around the world."

Gradye Parsons is a Chair of the Constitution and Bylaws Committee for the Presbyterian Church (USA) on the 2008-2011 National Council of Churches Governing Board, as of March 22, 2010.[8]