DSA Members Organizing Against Trump was a letter released early October 2010 to shore up Democratic Socialists of America support for Joe Biden. 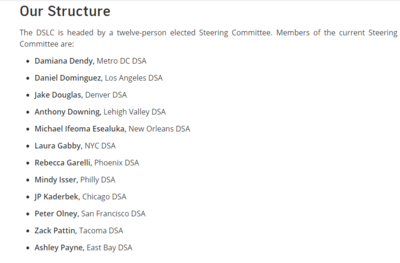 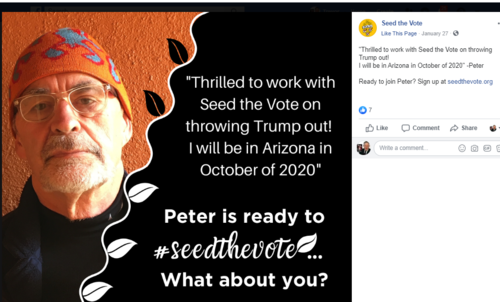 In all the working class organizing I have done over the last 30 years two phrases constantly serve as guideposts and measuring sticks: "A fucking concrete analysis of fucking concrete conditions" And "Time, place and condition."

I always associate these with comrade Mickey Jarvis and I thank him for his guidance and tutelage. 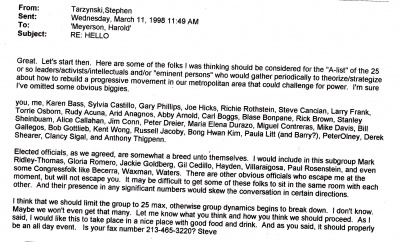 Endorsers of the project included Peter Olney, Institute for Labor and Employment.

“ CWA and the Verizon Strike”

“ Justice for Janitors in Los Angeles”

“ The Teamsters and UPS”

On Oct 16 2003 Peter Olney lectured at the Sacramento Marxist School on Labor's Challenges on the Eve of Election 2004.[6]

In 2009 Peter Olney of International Longshore and Warehouse Union served on the advisory board of UC Berkeley Labor Center.[9]

The Editorial Advisory Group of the magazine Social Policy includes[10];

Peter Olney, retired from serving the International Longshore and Warehouse Union as Organizing Director. ILWU has endorsed Bernie Sanders for President. Peter is now working with the Labor for Bernie organization.

Labor for Our Revolution April 6;

Peter Olney plans to spend September and October in Southern California working on the 39th Congressional campaign of Democrat Gil Cisneros. He is running to flip this Eastern LA County/Orange County seat, which Hilary carried by 8.5% points in the 2016 election. The incumbent Republican Ed Royce has resigned, but his former aid, Young Kim is running to replace him.[11]