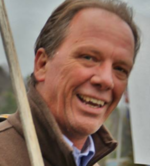 Peter Knowlton is a Massachusetts activist.

"Economic Development for Whom?"

Abstract: The authors describe instances of various unions in Massachusetts working with community organizations to undertake local economic development initiatives and address policies pertaining to this. They document the experiences and perceptions of various individuals involved, and the experiences of the unions trying to alter the state's corporate model of development. They list alternatives to modernist development.

On Sunday, April 26 2015, UE Young Activists and other UE members participated with thousands of other people in a march in New York City for a nuclear-free, just, and sustainable world. This year is the 70th anniversary of the atomic bombings of Hiroshima and Nagasaki, Japan. The United Nations holds a conference to review the Nuclear Non-Proliferation Treaty every five years, since the treaty went into effect in 1970.

Labor for Our Revolution

At a national Labor for Our Revolution meeting in Chicago on June 9 2017, United Electrical Workers (UE) General President Peter Knowlton made a presentation about the network's mission and UE union members' growing support for it.

"We follow in the footsteps of Rev. Martin Luther King, Jr. who said, 'The labor movement is the principal force necessary to transform workers' oppression and despair into hope and progress,'"said Knowlton. "Unions, along with workers' centers and other workers' organizations must prioritize policies that strengthen and fortify the organization of workers in order to protect us against the ravages of capitalism. We can deepen and reinforce this perspective in Our Revolution."

"Unions getting involved in Labor for Our Revolution give us the ability to influence Our Revolution so that it has significant focus on the working class…It also gives us the opportunity to organize our own members around broad, working class issues.

"Labor for Our Revolution is an opportunity to help build a movement that crosses all the political persuasions of our members. The issues of the Sanders campaign were put before the people as a referendum—and the people spoke. So let’s go out and build motion and power around these demands."[3]

Labor for Our Revolution April 6;