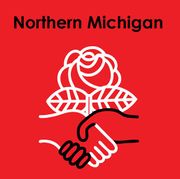 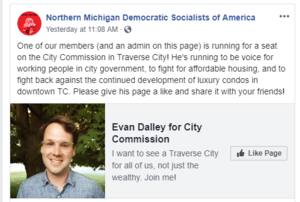 One of our members (and an admin on this page) is running for a seat on the City Commission in Traverse City! He's running to be voice for working people in city government, to fight for affordable housing, and to fight back against the continued development of luxury condos in downtown TC. Please give his page a like and share it with your friends! 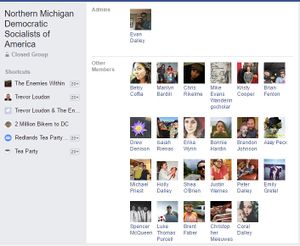 DSA Northern Michigan exists primarily to educate working people in northern Michigan on the principles and philosophies behind democratic socialism, but also to organize collectively around shared goals in our community. We seek to expand the reach of socialist thought in the region and engage with our neighbors on the issues that matter most to them. Membership in DSA is not required in order to join this group, but it is encouraged.

More names were added by October 15.