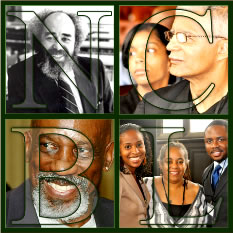 National Conference of Black Lawyers is an association of lawyers, scholars, judges, legal workers, law students and legal activists. It is the legal arm of the movement for Black Liberation.[1]

The National Conference of Black Lawyers and the National Lawyers Guild are the U.S. affiliates of the International Association of Democratic Lawyers.[2]

The IADL, was a "front" for the former Soviet Union and is still dominated by communist and socialist lawyers and legal organizations.

The national National Conference of Black Lawyers originally dubbed itself the "legal arm of the black revolution". I t was founded in the late 1960s, during the height of the U.S. militant black radical movement.

According to the National Conference of Black Lawyers website[3];

In 1968, young people of African descent in America were growing impatient with the slow pace of social change. Despite modest advances brought on by two decades of non-violent resistance, from one end of the country to the other, the cry for Black Power was raised in the midst of a sea of clinched fists. At the same time, this new militant spirit had moved many to don black berets and carry rifles. On street corners in practically every Black community, passers-by heard demands for Nation Time and Power to the People!

Inevitably, the powers-that-be responded to this activist renaissance with police brutality, frame-ups and a vicious counter-intelligence program that targeted scores of militants for harassment, prosecution or assassination. A small group of Black lawyers refused to sit idly by while the iron fist of government came down hard on the bravest and most intelligent of the Black community's younger generation. This period forced the birth of the National Conference of Black Lawyers (NCBL) which, as an organization, began to stand shoulder-to-shoulder with rifle-toting revolutionaries.

As the era of militancy began to fade, NCBL broadened its horizons and began to wage legal struggles on other fronts. Defense of affirmative action became a priority when it came under attack by Allan Bakke in California. The acceleration of the liberation struggle in Southern Africa prompted NCBL to become among the first organizations in America to consistently demand an end to apartheid.

The arrest and prosecution of Rev. Ben Chavis and the Wilmington 10 caused NCBL to champion their cause, "along with those of an ever-growing list of political prisoners". They included:Geronimo Pratt, Mumia Abu-Jamal and Ahmed Rahman.

NCBL remains "more committed than ever" to the fulfillment of its mission:

... to serve as the legal arm of the movement for Black Liberation, to protect human rights, to achieve self-determination of Africa and African Communities in the diaspora and to work in coalition to assist in ending oppression of all peoples.

The organization is currently fighting for the land rights of indigenous peoples, resisting unjust criminal prosecutions, and ensuring the best educational opportunities for our children. NCBL thanks you for your support, and invites you to become an active participant in the organization's critical work. 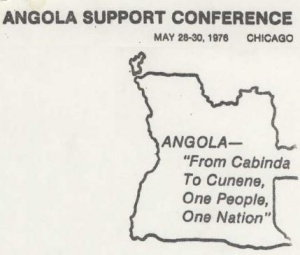 Sarah Staggs of the Venceremos Brigade was a delegate at the conference.[5]