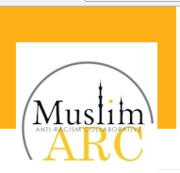 It worked closely with Muslims for Ferguson.[1]

We are contacting you on behalf of the Muslim Anti-Racism Collaborative (MuslimARC)(1) and Muslims for Ferguson(2) to ask for your solidarity in the struggle and call for justice concerning the tragic and unnecessary police and federal law enforcement killings of Black men, women, and children in the United States.

From the time of our Noble Prophet ﷺ‎, anti-Black and anti-African racism has plagued Muslim societies and communities. The first martyr in the early days of Islam was Sumayyah (RA), who had black skin and was a victim of violence at the hands of the governing authorities of Makkah. Other companions with black skin, such as Ammar bin Yassir (RA) and Bilal (RA), were also victims of ridicule and torture by the same authorities. State violence against marginalized communities is not a new development. History has proven time and again that Muslims are not immune to these forms of oppression.

Indeed, these oppressive behaviors and practices go against the messages that are at the heart of our Holy Qur’an and Prophetic traditions.

In his final sermon, the Prophet Muhammad ﷺ relayed:

Today, in the United States, anti-Black racism partly manifests in the form of systematic injustices such as police brutality, misconduct in shootings by law enforcement and vigilantes, and a lack of recourse in our courts of law.(3)

In the last few months, our nation has witnessed massive demonstrations regarding these issues. (4) While the United States has a centuries-long history of systemic racism,(5) the recent failures of multiple grand juries to indict officers who killed individuals of color like Michael Brown,(6) John Crawford II,(7) and Eric Garner,(8) among others, have especially invoked strong emotions.

The outpouring of anger, outrage, fear, sadness, and grief that has swept across our nation cannot be ignored. We ask to you recognize that our nation is going through tumultuous times, and that we as Muslims should always remember the Prophetic example and our adab, which is rooted in empathy. We must first and foremost acknowledge the grievances of our brothers and sisters who are most affected by these issues. Let us exercise compassion and mercy in our discourse on these issues. Let us increase trust and love between hearts and minds so that we may create an environment full of warmth and mercy regardless of our individual opinions.

Given that race is inextricably tied in with current events, we as Muslims unequivocally affirm that Islam is egalitarian, and that the Qur’an and Sunnah clearly condemn racism not just as an individual act, but also as a structural force that marginalizes people.

As imams, activists, and community leaders, we are figures of authority in our respective communities. Therefore, we are especially positioned to address these important topics and initiate dialogue about an issue that is often inadequately addressed. Let us take this opportunity to highlight our ethical responsibilities as Muslims to challenge stereotypes and tribalism.

State violence against Black Americans does not bypass American Muslim communities. The killings of Black American Muslim men Imam Luqman Ameen Abdullah(9) and Amadou Diallo(10) weigh heavy on our hearts and minds. Let us join together as one in condemning acts of violence by state and federal law enforcement against unarmed civilians.

We have observed that while some Muslims in our communities decry the use of drones and armed warfare against civilians abroad, many still repeat language that blames Black individuals – men and women – for the violence that police commit against them here at home.

Our faith mandates that American Muslims advocate for justice in the killings of all innocent civilians irrespective of whether it is the popular stance to take. Let us align ourselves with the countless others who are demanding justice by declaring that this stops today.

Islam encourages a tradition of standing with marginalized members of society. Today, let us stand with those who state that Black Lives Matter. Let us practice what we preach with regards to community unity and participation. Let us have honest conversations, challenge our nafs, and examine where we may improve our adab and akhlaq when it comes to racist tendencies.

As Malcolm X noted in his Letter from Mecca after completing Hajj,

“America needs to understand Islam, because this is the one religion that erases from its society the race problem.”

(11) His life left a profound mark on American society and continues to inspire Muslims around the world. This year marks the 50th year that has passed after his tragic death. Muslims of all backgrounds note the role his words have had in calling them to Islam and/or strengthening their imaan.

Let us honor this man and the many other Muslim men and women that have come before him in the fight for justice. Let us honor our Prophet ﷺ in all the good that he ﷺ has done, by standing up for marginalized populations in a way that emulates his shining example of courage and dignity.

We humbly request that you endorse and share this letter so that we are better able to hold fast to the message of unity and brotherhood in Islam.

On the authority of Abu Saeed al-Khudri (may Allah be pleased with him), Prophet Muhammad ﷺ said:

Let us work together to right the wrongs that have been done in recent history, and continue to be done today against Black individuals in America.

Please do not hesitate to contact MuslimARC and/or Muslims for Ferguson if you have any questions about this letter. We are also more than happy to provide you with resources on these topics.(12) We encourage you to begin these conversations in your communities by signing this letter, issuing statements, delivering khutbahs, and speaking on these subjects.

Listed in alphabetical order. Note: endorsing organizations are listed above. Organizations listed below are for identification purposes only.