MonkeyWrench Books is a left wing bookshop based in Austin Texas.

"Women hold up half the sky" 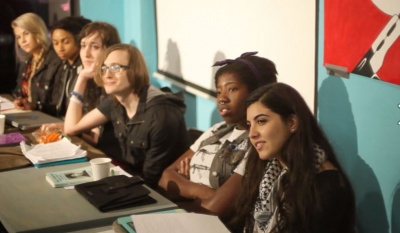 The event, "Women hold up half the sky" was hosted by Red Guards Austin.

MonkeyWrench books is a unique community resource within Austin for anyone who's ever questioned the status quo. We have a considerable stock of texts on social issues in America and abroad on a wide range of topics; from politics to gender, and from racism to economics.

We're back with our fourth annual holiday benefit dinner! We do this not only because we love ugly holiday sweaters, but also because we enjoy putting on events for the community and we need your support in order to continue doing just that.