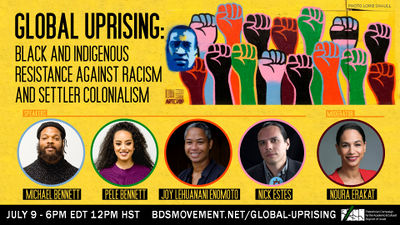 Palestinian Campaign for the Academic and Cultural Boycott of Israel (PACBI)

Join us for a discussion with Black and Indigenous activists and scholars involved in struggles against racism and settler colonialism from Hawaii to Samoa, First Nations, Black America and Palestine. Moderated by Assistant Professor Noura Erakat.