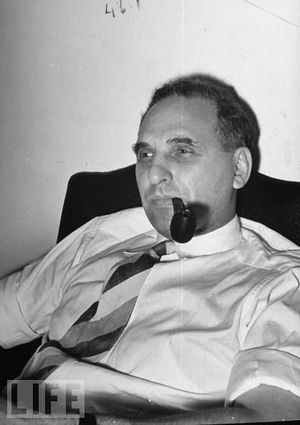 Maurice Sugar Esq. of Michigan was a lawyer for the United Auto Workers Union. He was the husband of Jane Sugar.

On April 28, 1966 Maurice Sugar was a sponsor of the Herbert Aptheker Testimonial Dinner. The dinner was held on the occasion of Herbert Aptheker's 50th birthday, the publication of his 20th book, and the 2nd anniversary of the American Institute for Marxist Studies. It was held in the Sutton Ballroom, The New York Hilton, Avenue of the Americas, 53rd to 54th Street, New York City. Most speakers, organizers and sponsors were known members or supporters of the Communist Party USA.[2]

As part of their legacy, Maurice and Jane Sugar endowed a foundation that provided the primary funds for the Maurice & Jane Sugar Law Center's first years.[3]