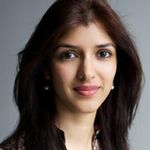 Kriti Sharma is a researcher in the Disability Rights Division of Human Rights Watch. Her research focuses on human rights violations against persons with disabilities. Kriti holds an MPhil in Development Studies from the University of Cambridge and a BA in International & Comparative Politics, History & Social Sciences with a minor in International Law from the American University of Paris. She speaks Hindi and French.