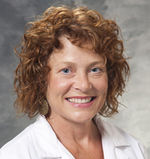 Kristina "Kris" Penniston is a scientist at UW Department of Urology Belleville, Wisconsin.

Kris Penniston was a founding member of the Progressive Student Network in 1980. 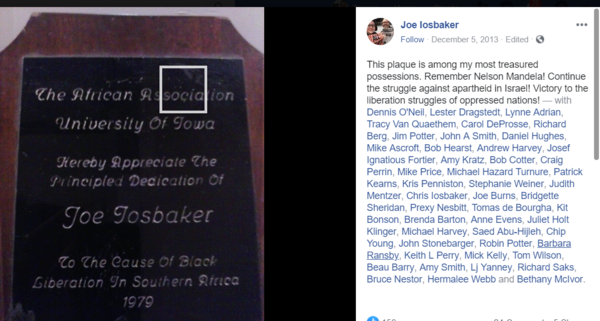 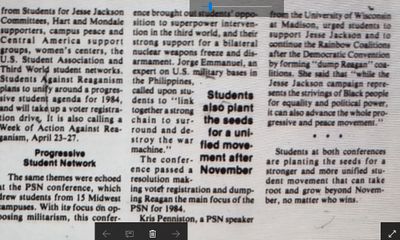 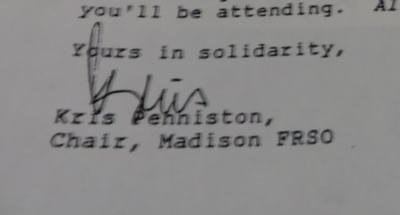 In 2004, contacts for the UW-Madison boycott Coke campaign, were Kris Penniston or Sara Augustine. Penniston wte an article for FightBack! News, '"Colombian Union Activist Speaks Against Coca-Cola", December 31, 2004, about the visit to Madison of Colombian trade unionist Luis Adolfo Cardona.

To kick off its ‘Boycott Coke’ campaign, the newly formed Colombia Action Committee at the University of Wisconsin-Madison hosted Cardona on Oct. 16, the National Student Day of Action against Coca-Cola. A captivated audience of students and activists heard about Colombian paramilitary atrocities against workers in Colombia - atrocities supported and condoned by U.S. corporations such as Coca-Cola. While in Madison, Cardona also met with leaders of an area church group interested in promoting social justice and workers’ rights. Cardona’s visit to the Madison area was part of a tour sponsored by the Colombia Action Network.