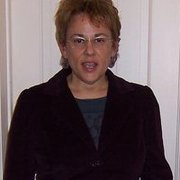 Template:TOCnestleft Kris Balderas Hamel is a member of the Detroit , Workers World Party.

In May 2007, under the theme “Women of the World: a vital force against neoliberal globalization, terrorism and imperialist wars; for equality, social and economic justice and for peace,” more than 1,000 women representing organizations from five continents met in Caracas, Venezuela, from April 9 through 14. They were joined by thousands of Venezuelan women who hosted the 14th Congress of the Women’s International Democratic Federation.

Many women went from the U.S. The largest delegation was organized by African-American artist Vinie Burrows, who is also the WDIF representative to the U.N., and the National Women’s Fightback Network of the International Action Center, an affiliate of the WIDF.

Moratorium NOW! is affiliated with the Bail Out the People Movement and is controlled by the Workers World Party. The organization's office is located at the Central United Methodist Church and holds meetings there.[3][4]

Program Schedule for National Conference of Workers World Party: 50 Years in the Struggle for Revolution and Socialism.[5]

Comrade Hamel opened with a presentation on how and why the Bolsheviks were able to achieve military success as well as the support of the diverse, multinational oppressed classes in Russia. Hamel highlighted the Bolsheviks’ unwavering commitment to dismantling feudal autocracy and the capitalist system and their staunch stance against opportunism in the social democratic movement of the era.

A presentation by comrade Tom Michalak explored the many successes of the Bolshevik Revolution and the Soviet project. He covered a breadth of information, from the harrowing sacrifices that led to the defeat of fascism in World War II, to an incredible increase in life expectancy undone by the counterrevolution in the 1980s and 1990s.

Founding member and comrade Deirdre Griswold, of the New York City branch of WWP, called in to speak about what led to the dismantling of the USSR. She detailed the conditions experienced by those living in the Soviet bloc as a result of 74 years of unyielding aggression from the United States and its imperialist partners.

Comrade Mond Jones, youth member and final speaker, emphasized the importance of celebrating, commemorating and reflecting on the Bolshevik Revolution. He condemned the conditions the global masses face living under capitalism at a dead end. He brought further attention to capitalism’s many contradictions and to the associated struggles facing workers in Detroit and abroad.

“These may be obvious problems,” said Jones, “but the Bolshevik Revolution gives us a template for implementing solutions.”[6]