Kendall Dix is a Vermont and New Hampshire activist.

DSA Socialist Feminists Call on Joe Biden to Drop Out

DSA Socialist Feminists Call on Joe Biden to Drop Out was a May 2020 letter to Joe Biden.

As socialists, we believe that the lessons of the #MeToo movement must not be forgotten. This movement challenged rape culture and upended myths about sexual violence and the credibility of survivors. For a short period, these issues were even embraced by many liberal politicians and commentators, as evidenced by the widespread support for Dr. Christine Blasey-Ford when she bravely spoke out about incumbent Supreme Court Justice Brett Kavanaugh. #MeToo made previously tolerated behavior intolerable, and powerful men in numerous industries faced consequences for their misconduct....

We, the undersigned, call on Joe Biden to leave the race. We also call on elected officials endorsed by the Democratic Socialists of America to rescind any endorsements of Joe Biden. 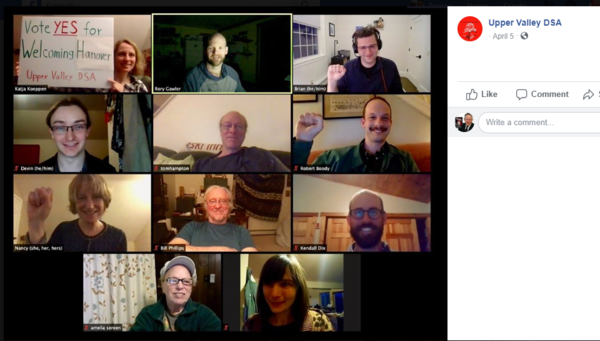