It was an honor to join Pasadenans and Altadenans Against police violence to call for #justice, #peace and say their names:

Karen served as Co-Chair of California’s Bernie delegation to the 2016 Democratic Convention in Philadelphia after volunteering for Bernie’s campaign in Sacramento and Las Vegas, NV.

In addition, she has held union organizing jobs, working for the California School Employees Association and the International Longshore and Warehouse Union.

Karen considers herself a strategist, thinker and activist who fights for progressive causes both inside and outside the Democratic Party.[1]

Here is an opportunity to be involved with other Dems & support the election of Dr Ami Bera doing voter registration. Please see the email below for needed information. It's also a chance to wear your River City T-shirt.

The email went to Karen Bernal, and others. 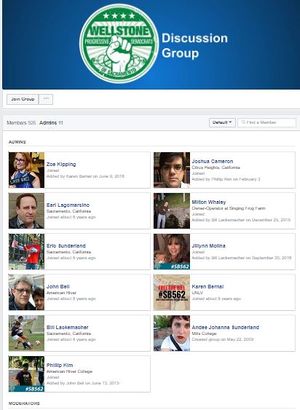 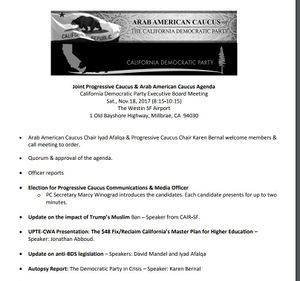 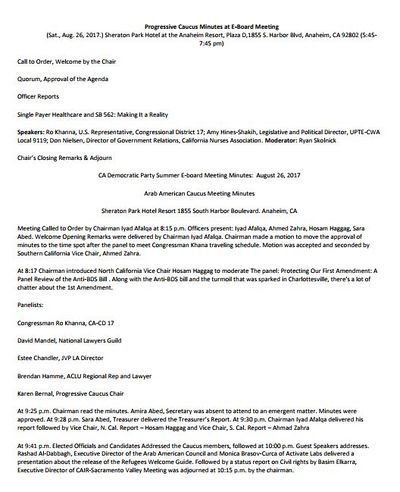 Rashad Al-Dabbagh, Executive Director of the Arab American Council and Monica Brasov-Curca of Activate Labs delivered a presentation about the release of the Refugees Welcome Guide. Followed by a status report on Civil rights by Basim Elkarra, Executive Director of CAIR - Sacramento Valley Meeting was adjourned at 10:15 p.m. by the chairman.[3]