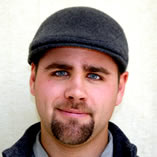 Josh Warren-White holds a degree in Political Science and Community Organizing from the Institute for Social Ecology.

From 1993 to 1998 Challenging White Supremacy led two 15-week-long sessions a year in the Bay Area, working with hundreds of social justice activists. Shortly after the mass actions in Seattle that rocked the WTO, Elizabeth Martinez encouraged Sharon to develop political education specifically to work with the growing Global Justice movement. Sharon recruited younger generation left/radical anti-racists to build a new phase of CWS called ‘Anti-Racism for Global Justice’. While continuing to run the 15-week workshop series, the new project that became Catalyst quickly developed into a national training program. Over the next 5 years over 5000 participants from local groups and national networks went through Catalyst trainings. Catalyst developed through intergenerational mentorship and a commitment to non-sectarian left/radical movement building. Intergeneration mentorship has been a process by which we have connected to the lived history of social movements before us to draw lessons and inspiration for our work. In addition to sharing insights, movement veterans have been mentors supporting us to reflect on and draw lessons from our work. They have helped us to believe in ourselves, while also providing long-term perspective. Through such mentorship and our own political practice, we developed our commitment to a non-sectarian movement building framework committed to bringing forward the best of many left/radical traditions. We are committed to a praxis-based approach to political education and organizing. Sharon Martinas, Elizabeth Martinez, Paul Kivel, Nisha Anand and our other advisers supported us – Clare Bayard, Ingrid Chapman, Ari Clemenzi, Chris Crass, Amie Fishman, Kerry Levenberg, Missy Longshore, Molly McClure, Betty-Jeane Ruters-Ward, Alia Trindle, Becca Tumposky, Josh Warren-White.[1]

On January 22nd, the right-wing anti-choice movement will be coming to San Francisco to shout their anti-human rights, anti-woman message in the streets. At this time when women's rights to abortion are being challenged by the Bush administration and questioned in the Democratic party, it is crucial that we as men join the sisters organizing in opposition to this right-wing march and say: REPRODUCTIVE JUSTICE FOR ALL! [2]

For May Day and Beyond

For May Day and Beyond: White People Stepping Up for Immigrant Rights! was a letter circulated in May 2006, among people mostly affiliated with the Freedom Road Socialist Organization. 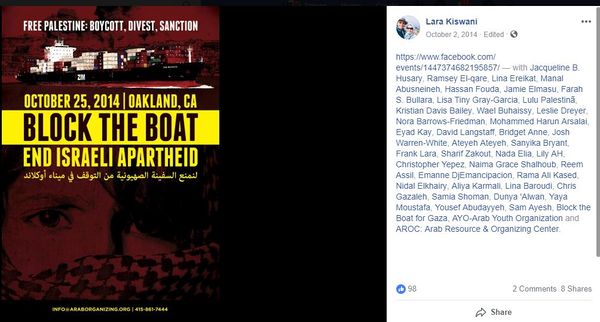 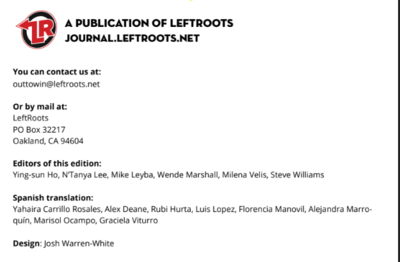 Editors of Issue 1 of Out to Win! included: