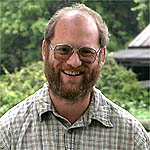 Jeremy Brecher is an historian and the author of ten books on labor and social movements, including Strike!, Brass Valley, History from Below, Building Bridges, Global Visions, Global Village or Global Pillage, and Globalization from Below.

Brecher’s first book, Strike!, was described by the Washington Post as “Spendid . . . Clearly the best single-volume summary yet published of American general strikes” and was listed as a “Noteworthy Title” by The New York Times Book Review.

Brass Valley was described as “The most comprehensive social history of a city or region in 20th century American yet to appear” and “a great achievement in using oral history to explore work and community life in 20th-century America” by Gary Gerstle in Technology and Culture. It was selected for inclusion in the “UAW’s Labor Bookshelf.”

The Nation called Building Bridges “A splendid collection of essays . . . one of the best practical how-to organizing manuals around . . . massively inspiring.”

Studs Terkel wrote of History from Below, “Brecher’s work is astonishing and refreshing and, God knows, necessary. In this work lies the way to help cure our national amnesia.”

David Montgomery, President of the American Historical Association, wrote in The Nation of Global Village or Global Pillage: “Penetrating analysis . . . crisp and simple language . . . as penetrating as it is succinct . . . an effective antidote to the mood of resignation before the omnipotence of transnational business institutions which pervades the political discourse of our times . . . timely and important.”

Frances Fox Piven called Globalization from Below “lean, thoughtful, and incisive . . . A must-read.”[1]

For more than two decades Brecher and the late Tim Costello studied and wrote about labor and globalization, writing such well-known books as Building Bridges: The Emerging Grassroots Coalition of Labor and Community and Global Village or Global Pillage. For the past 8 years they were joined by Brendan Smith, who collaborated with them on the book Globalization from Below: The Power of Solidarity. Their Emmy-nominated documentary Global Village or Global Pillage? has been used by unions and other groups in the US and throughout the world to present an international grassroots response to globalization. Together they partnered to form Global Labor Strategies. Recently, Jeremy Brecher helped found the Labor Network for Sustainability.[2]

Over the course of half a century Brecher has participated in — and lent his writing skills to — movements for civil rights, nuclear disarmament, peace in Vietnam, international labor rights, global economic justice, accountability for war crimes, climate protection, and many others. For many years he was Humanities Scholar in Residence at Connecticut Public Broadcasting and is the winner of five regional Emmy awards for his documentary movie work. He has also been a pioneer of participatory, community-based history, writing the guidebook History from Below: How to Uncover and Tell the Story of Your Community, Association, or Union, and helping a wide range of community historians create books, movies, and exhibits. Studs Terkel wrote that “Jeremy Brecher’s work is astonishing and refreshing; and, God knows, necessary.”[3]

Brecher holds a Ph. d from the Union Graduate School. He has served as Fulbright Research Scholar at the University of Otago in New Zealand. He received the Wilber Cross Award of the Connecticut Humanities Council as Humanities Scholar of the Year.[4]

Brecher serves as Humanities Scholar-in-Residence at Connecticut Public Television and Radio, a position supported by the Connecticut Humanities Council. He has written the scripts for the documentaries The Roots of Roe, Schools in Black and White, Rust Valley, The Amistad Revolt, Electronic Road Film, Brass City Music, and Dance on the Wind, the last two of which he co-produced. He won two Emmy Awards and the Edgar Dale Screenwriting Award for The Roots of Roe.

Brecher is writer and host of Connecticut Public Radio’s Remembering Connecticut, which the Oral History Review called “One of the most ambitious, and certainly the longest-running, radio history series in the United States. . . Historically grounded to a degree rare in programming of this sort. . . Accessible, engaging, and far ranging.” [5]

What Will We Do about a Trump Coup?

President Donald Trump has refused to commit to a peaceful transfer of power should he lose the 2020 presidential election. His talk and action suggest he might use federal police or the military to interfere with the election process, commandeer polling places and seize ballots, and call on state legislatures to refuse to certify Biden’s victory. Republican governors would likely cooperate and Trump could call upon his supporters in armed rightwing militias.

Jeremy Brecher was once Northwest regional organizer for Students for a Democratic Society and co-editor of Left Mailings, a radical pamphlet series.[7]

Jeremy Brecher was listed as a among "former Visiting Fellows and Visiting Scholars and current TransNational Institute Fellows" on the Institute for Policy Studies 30th Anniversary brochure.

He was an Associate Fellow at the Institute for Policy Studies in Washington, D.C.[8]

The Socialist Scholars Conference 1990, held September 6-8, at the Hotel Commodore, New York, included panels such as:[9]