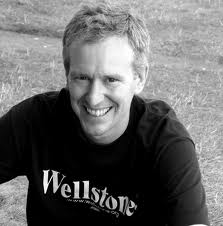 Jeff Blodgett is the Executive Director at Wellstone Action, as of April 2, 2010.[1]

From 1969 to 1989, Paul Wellstone taught political science at Carleton College in Minnesota, where he got involved in local organizing campaigns and encouraged his students to do the same. Jeff Blodgett, a political science major, was one of those students.

“Paul encouraged students to try out jobs in social change,” Jeff Blodgett recalled. “He helped me get my first job as a community organizer working with family farmers in rural Minnesota.”

After completing his PhD in political science from North Carolina and, at age 24, Wellstone accepted a teaching position at Carleton College in Northfield, Minnesota. As a professor, Wellstone focused on questions of economic justice and poverty, and began engaging in local community organizing projects in rural areas. "It was clear," wrote one of his friends and former colleagues, "that he was less concerned about academic political science than about political science directly serving people's needs."[2]

As the 2004 Democratic National Convention was poised to open in Boston , Jobs with Justice, , hosted a living tribute to the late Senator Paul Wellstone on July 25. Hundreds filled the historic Old West Church to tackle the question, “What must the Democratic Party do to live up to the progressive vision of Paul Wellstone?”

“Paul had the courage to stand the pain that comes with standing for something and not fall for anything,” said United Steelworkers of America union International President Leo Gerard. “That’s what the Democratic Party needs right now. He gave people a reason to fight, to hope.”

Many in the audience were students at Camp Wellstone, a workshop conducted in Boston for prospective candidates and campaign workers conducted by Wellstone’s campaign manager, Jeff Blodgett, also on the panel.

Rep. Major Owens (D-N.Y.) pointed out that too many liberals, including himself, voted for “welfare reform” in 1996. He praised Wellstone as the lone voice defending welfare at the time.

Boston City Councilor Chuck Turner quickly jumped in, igniting the audience with a clarion call for popular direct action to ensure accountability from a Kerry administration. “We need Kerry there and we need to be there to purge the cancer (of the Bush administration) from the soul of the body politic,” he said.

When Horace Small, the moderator, pooh-poohed the importance of trade in this election, Jim Hightower, author and radio personality, nearly jumped out of his seat.

“Tell that to Texas farmers who are losing their farms or workers who have lost their jobs to NAFTA (North American Free Trade Agreement),” Hightower said. “Who the hell elected the WTO (World Trade Organization)? Right now, in Washington, there are too many 5-watt bulbs sitting in 100-watt sockets. The people are revolting – in the best sense. I think we are going to get George.”

Confessing to once being a Republican, columnist Arianna Huffington reminded the assembly of all the dirty tricks and disgusting tactics that are on the horizon as November nears. Saying that “Mobilization is the key,” she proposed reaching out to the 50 percent of the eligible electorate that stayed home in 2000. “If we are able to just energize 10 percent of those voters, we win.”

In 2003, Blodgett and Paul Wellstone’s two surviving children, Mark Wellstone and David Wellstone , founded Wellstone Action, a Minnesota-based training center for community organizers, student activists, campaign staff, progressive candidates and elected officials. “We need to help our champions win office so they can be our allies within the halls of power,” said Blodgett, who served as the organization’s director until 2011.[4]

In 2009 Jeff Blodgett was listed as a member of the Board of Directors[5] of Wellstone Action, a Minnesota based organization based on the political legacy[6] of that state’s late ‘progressive” Senator Paul Wellstone.

Jeff Blodgett, Executive Director, Wellstone Action, was a 2008 Rockwood Leadership Institute National Leading From the Inside Out Alum.[7] 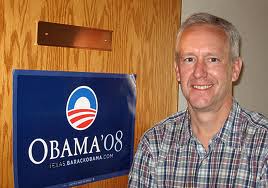 In 2012, Blodgett, was now running the Obama campaign in Minnesota.[8]