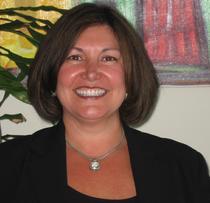 Ingrid Duran is a Washington DC base lobbyist and political activist. She and her business and life partner Catherine Pino run D&P Creative Strategies and the pro Latina, Political Action Committee, PODER PAC. Their lobbying clients include Wal-Mart.[1]

If you’re thinking power couple, you’re right on. Duran and Pino are partners in real life, making their countless board appointments and prestigious career tracks even harder to ignore when they set their collective minds to something, like transforming the face of Capitol Hill through PODER PAC, or lobbying on Capitol Hill for major corporations like Wal-Mart through D&P Creative Strategies. “One of the reasons we decided to start our business was to empower communities that we care about most, like Latinos, the LGBT community and women,” says Duran.

Ingrid Duran's "passion for social justice" was sparked at the young age of 5, when she began attending farm worker rights rallies with her parents and participating in voter registration drives in her hometown of Los Angeles.[2]

Igrid Duran is a graduate of Park College, where she earned a B.S. in Organizational Management. She is a graduate of the Executive Program at Harvard's JFK School of Government, Corporate Governance Program of Harvard Business School, the fellowship program of the National Hispana Leadership Institute, and of the Center for Creative Leadership.

Following a tour in the U.S. Marine Corps, Ingrid Duran worked for six years on Capitol Hill, serving under the Clerk of the U.S. House of Representatives, working on the House Banking Committee under the leadership of Rep. Henry B. Gonzalez, Chairman and Rep. Gene Green as a Legislative Aid.

Ingrid Duran also ran the Washington, DC office of the National Association of Latino Elected and Appointed Officials, where she was responsible for representing Latino community interests to Congress and the Administration.

She was tapped by President Bill Clinton to serve on the President's Advisory Committee on HIV/AIDS, and was appointed by the Secretary of Veterans Affairs to the Minority Veterans Advisory Board. In 2000, she became the first gay Latina to serve on the Human Rights Campaign Board of Directors, and is also currently Chairwoman of the National Hispana Leadership Institute (NHLI) and a board member of The Gay & Lesbian Alliance Against Defamation.[2]

A passionate public speaker, Ingrid has presented on college campuses, conferences and to the media on GLBT, Latino, leadership and civil rights issues.

Duran's efforts as a "strong and steadfast advocate for the GLBT and Latino communities" have garnered her numerous honors, including the 2003 Premio Dignidad Award from LLEGO. Both Hispanic and Poder magazines have named her among the Nations 100 Most influential and powerful Hispanics, and the former has recognized her as a Latina of Excellence in 2004 & 2005.[2]

Ingrid Duran, was the former president of Congressional Hispanic Caucus Institute (CHCI) and Washington, D.C. director of the National Association of Latino Elected and Appointed Officials, was the first gay Latina to serve on the Human Rights Campaign board of directors.[1]

Ingrid Duran and Catherine Pino established PODER PAC in 2008 to increase the number of Democratic Party Latina elected officials in the USA.[1]

On June 7, 2008, Ingrid Duran and Catherine Pino, like many women across America, were glued to a television set as then-U.S. presidential candidate Hillary Clinton gave a historic speech supporting her opponent, Barack Obama, in a thrilling and unforgettable primary election. And like most women, they weren’t focused on a “failed candidacy.” Rather, the two watched a woman who had profoundly altered and enhanced the role of women in American political life.

Duran and Pino, two of the most influential advocates for Hispanic and LGBT issues in Washington, D.C., decided that the journey for women vying for the highest levels of office shouldn’t stop with Clinton’s speech. And it didn’t. Clinton’s remarks would spark a lobbying effort of a different sort for the co-founders of D&P Creative Strategies. And it would reach deep into the Hollywood Hills, not just Capitol Hill.

Duran and Pino would form a political action committee (PAC), which, in plain terms, is a way for individuals, interest groups, unions, or corporations to contribute dollars to candidates running for public office. In other words, it can mean big money for someone running for a school board, mayoral, congressional or presidential seat. PACs are old as time, but one never existed to support Latina candidates. “They were never considered viable by mainstream organizations,” says Duran.

At the White House