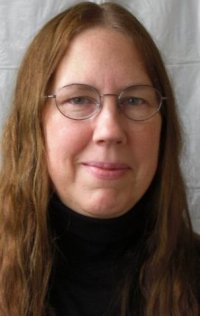 Holly Graff was a member of the University of Illinois Chicago Chapter of the Chicago Womens Liberation Union. This chapter successfully fought for and then developed the Women’s and Gender Studies program at the university[1].

Holly Graff received her Ph.D. in philosophy from UIC and has taught at many institutions, including the University of Pittsburgh and Loyola University in Chicago. For the last 10 years she has taught at Oakton Community College, where she is professor of philosophy, and chair of the Philosophy and Humanities Department[2].

Holly Graff was a member of the New American Movement Political Committee.[4]

In 1980 Holly graff, National Political Committee, was a delegate to the December 12-14 Chicago, National Council meeting of the New American Movement[5].

In 1982 Holly Graff was National Secretary of the New American Movement[6].

In 1981 Holly Graff spoke on the State of NAM at the 10th Convention of the New American Movement. The convention was held in a union headquarters in Chicago and ran from July 29 - August 2, 1981.

After intensive debate, the 1980 New American Movement Convention passed a resolution (by a 2-1. margin) calling for negotiations with Democratic Socialists Organizing Committee, the election of a Negotiating Committee, and the development of a Negotiating Document. Frank Ackerman, Joanne Barkan, David Dollar, Richard Healey, Anne Hill, Katherine Kennedy, Roberta Lynch, and Liz Weston were elected to the Negotiating Committee. Holly Graff was added as the ex officio Political Committee member, and John Beverly became the first alternate. In the fall of 1980 this Committee developed a Negotiating Document which was reviewed by chapters and then amended and approved (by a ninety per cent margin) at the December National Council meeting.[8]

On Sunday, June 7, 1981, the Los Angeles Chapter of the New American Movement sponsored a Tribute to Ben Dobbs for "His lifelong commitment to socialism". The event was held at the Miramar-Sheraton Hotel, Santa Monica, California. Sponsors of the event included Holly Graff.[9]

In 1985, Holly Graff, Liz Weston, Claire Kaplan, Kate Ellis and Peg Strobel were listed as members of the steering committee for the Feminist Commission of the Democratic Socialists of America.[12]