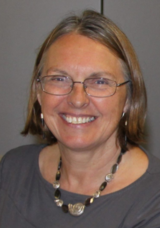 Hazel Armstrong was a member of the Socialist Unity Party in Wellington.

In the mid ’80s, Mike Law was working at Centre for Continuing Education, at the University of Waikato. Shortly after Labour’s 1984 election victory, he was appointed chairman of of a four person Task Force on Trade Union Education. His three colleagues were;

This Taskforce led to the establishment of the Trade Union Education Authority. Until it was abolished by the Bolger Government, TUEA served as a taxpayer funded propaganda vehicle for the SUP. Known Party supporters who were paid or subsidised by TUEA include; Graeme Whimp, Hazel Armstrong, Ros Goldsbrough, Brendan Tuohy, Joe Tepania, Gary Reading, Sam Murray and Marilyn Kohlhase.

Workers Communist League supporters on the payroll or in receipt of TUEA subsidies include; Graeme Clarke, David Steele and Therese O'Connell.

Hazel Armstrong serves on the board of KiwiRail. She also sits on the NZ Law Society ACC Committee.

She also has undertaken inquiries on behalf of government and organisations and in 2014 she was part of a three-person inquiry into safety in the forestry sector. She has worked with KiwiRail and the Rail and Maritime Transport Union on safety related issues including the Otira and Kaimai tunnels, locomotive engineer health and supporting KiwiRail health and safety action teams.

In 1979 Hazel Armstrong and and Dale Little (both ex-Working Women's Alliance and Therese O'Connell formed the first women's sub-committee of the Wellington Trades Council. [3]

As a student Hazel Armstrong was interested in prison reform and involved in Project Paremoremo. She traveled to China and worked with with communists. Also connected to the Peoples' Union.

She was the inaugural editor of Paper Clip (Clerical Workers Union newspaper). Worked with David Jacobs, Reatha McInnes and Graham Kelly. She also worked on Wagon Mound (student newspaper) while at university.

Worked with Therese O'Connell. Involved with second wave of feminism; attendance at United Womens Convention, with reference to Nicola Crutchley and involvement with the Working Womens Charter. Her partner Bob Kerr and his involvement with Organization to Halt Military Service.[4]