Green Party USA is a political party in the United States that supports environmental, progressive policies.

"The founding meeting of U.S. Greens was held in the summer of 1984 at Macalaster College in St. Paul, Minnesota, where sixty-two activists gathered at the invitation of spiritual feminist Charlene Spretnak and former New Left organizer and theorist Harry Boyte. The group named itself the Committees of Corespondence,"[1] and later assumed the name Green Party USA. 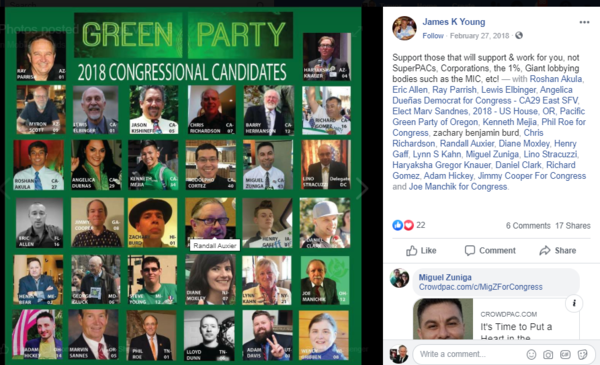 The Committee to Stop FBI Repression lists Green Party USA as one of the organizations that has issued a statement of solidarity in support of the activists raided in the September 24, 2010 FBI Raids.[2]