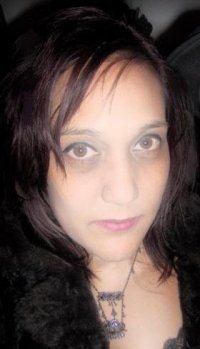 Template:TOCnestleft Gina Pesulima-Palencar ... joined Los Angeles Alliance for a New Economy’s communications team in 2009, bringing over 16 years of experience in communications, research, writing, development and management work for political campaigns, nonprofits and labor organizations. Gina Palencar spent six years as the communications director and spokesperson for several groundbreaking statewide ballot initiatives in different parts of the country, including California’s Proposition 36. She has appeared on radio and television news programs, including MSNBC and NPR. She also did political work for SEIU in California and served as deputy director of the Ella Baker Center for Human Rights where she helped to lead staff development, organizational capacity building and the organization’s pioneering work for green-collar jobs. Gina lives in University Hills where she does feral cat trap/spay-neuter and rescue.[1]

In 2001, Americans for Medical Rights , the organization that fielded successful medical marijuana initiative campaigns in several states, including California, is taking aim at the Drug Enforcement Administration's crackdown on medical marijuana in the states with a proposed initiative to set up a state-controlled distribution network. A successful initiative would almost certainly result in a Supreme Court showdown over states' vs. federal rights.

Saying that last summer's Supreme Court ruling in the Oakland Cannabis Buyers' Co-op case, which held that state medical marijuana laws provided no defense against federal prosecution, had frightened legislators and led to an impasse at state houses, Palencar said it was time to look again at the initiative process. "We are looking at the possibility of an initiative in 2002 in Arizona, Oregon or Washington," she said. "That would give the voters the opportunity to decide if the state government should have a role in distribution."[2]

In 2006 members of the Committees of Correspondence for Democracy and Socialism National Coordinating Committee were[3];

Activists in Los Angeles and New York hit the streets August 2013, during the annual Jewish holidays to protest the ritual slaughter of chickens for Kapparot. In L.A., members of Faith Action for Animals, headed by Rabbi Jonathan Klein and Gina Palencar, and other local activists spent several days trying to stop the killing and release the chickens. Ultimately California authorities shut down two of the sites for operating slaughterhouses without a license.[4]

"We’ve reached a turning point in how we are dealing with solid waste in this country," said Gina Palencar of Don’t Waste L.A. "Why send to landfills and bury what can be recycled and reused?”

The landfill contains about 130 million tons of solid waste, leaving behind a legacy that is visible from the 60 Freeway. “It’s a 70-acre, 450-foot-high, tree-covered mountain, made entirely of waste that we have buried over the last 50 years,” Palencar said.[5]