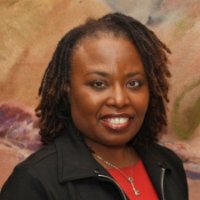 The Fayetteville rally for peace was held on March 19th 2005.

In 2005 Felicia Eaves, Black Voices for Peace was on the Steering Committee of United for Peace and Justice[3].

Iraq: The Legacy of the 7-Year U.S. Occupation

Is the U.S. military really leaving Iraq or just rebranding? What is the toll of seven years of occupation on Iraqis, U.S. soldiers and our economies? What is the status of Iraqi refugees around the world? Is it still possible to hold accountable those who dragged us into the war or committed crimes such as torture? What role did Congress and the media play in facilitating the invasion/occupation? We'll also look at the role of the peace movement -- its strengths and weaknesses -- and draw key lessons to make our work for peace, including in Afghanistan, more effective.

National Briefing on Ferguson and the Palestine Solidarity Movement

On October 8 2014? the US Campaign hosted a briefing to talk about challenging racism from Palestine to Ferguson.