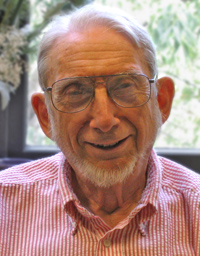 Erwin Marquit (born 1926) is a professor of physics, at the University of Minnesota and the husband of Doris Marquit.

Marquit is active in the AFL-CIO retirees. In 2008, he served on the Economics Commission and International Affairs Commissions of the Communist Party USA.[1]

With a history of being born into a Communist family and membership in Communist-led and Communist-influenced children's and youth organizations, it was not surprising that on 9 March 1946 Marquit joined the Wilford Mendelsohn Club of the Communist Party USA at the City College of New York upon resuming his studies as an engineering student three days after the end of his 22 months' service in the U.S. Navy

Upon joining the Party, he told the club chair that I would like to focus on the struggle against racism by joining the Hillel Foundation and stimulating its members into activity for the passage of a Fair Education Practices Act by the New York State legislature.

In the Hillel Foundation, without concealing my membership in the Communist Party, Marquit's proposal to form a committee for this purpose, subsequently named the Community Action Committee, was accepted and he was made its chair. With intensive campaigning by student groups at various New York colleges, the state, in 1948, became the first state to adopt a Fair Educations Practices Act that ended the quota system that restricted the acceptance of African Americans, Jews, and other minorities to medical schools and other graduate and undergraduate programs.[4]

In 1991, Erwin Marquit was one of several hundred Communist Party USA members to sign the a paper "An initiative to Unite and Renew the Party"-most signatories left the Party after the December 1991 conference to found Committees of Correspondence.[5]

In 1992 Erwin Marquit, University of Minnesota, endorsed the Committees of Correspondence national conference Conference on Perspectives for Democracy and Socialism in the 90s held at Berkeley California July 17-19.[6]

The Conference on Perspectives for Democracy and Socialism in the 90s was the Committees of Correspondence's first national conference held in Berkeley, California July 17-19, 1992.[7]

Workshops that were held at the conference on Saturday, July 18 included:[8]

Socialist Crisis What is the meaning of the crisis of socialism in the World today? Recent events in the Soviet Union and Eastern Europe and their implications for the left in the West. Looking at China, Vietnam and Korea. The threat to Cuba: How to respond?

In the summer of 1995 Doris Marquit and Erwin Marquit then went to Helvi Savola to tell her that they were rejoining the Communist Party USA. Shortly afterwards, Janet Quaife and Harry McAllister also rejoined the Party. The [[Independent Communists of Minnesota]] never met again.

The Party’s policy was to welcome back those who left, although one of the veteran Minnesota communists, Clara Jorgensen, from one of the former farm clubs denounced their readmission.

At the District Convention in 1996, Janet Quaife, Harry McAllister, Doris, and Erwin Marquit were elected to the DistrictCommittee. Helvi Savola still served as chair. http://www.tc.umn.edu/~marqu002/Chap33.pdf CHAPTER 33. Mostly Unimpeded Academic, Political, and Ideological Activities, 1985−2000 Doris and I rejoin the CPUSA in the summer of 1995]</ref>

Mark Ritchie (now Secretary of State for Minnesota) also attended and addressed the meeting. In a written report on the meeting by Tim Wheeler, Ritchie is referred to as a "non-party friend" of the Communist Party. The report was marked "not for publication". Click here for the entire report.[11]

In 2009 Erwin Marquit was a contributing editor and a member of the of the Editorial Collective of Political Affairs, theoretical journal of the Communist Party USA.[13]

In the late 2000s, Erwin Marquit was editor of University of Minnesota based Marxist journal Nature, Society and Thought[14];.

On 26–29 October 2009, Erwin Marquit traveled to Washington DC to attend the first national conference of JStreet, the nonprofit advocacy organization founded in 2008 to promote a resolution of the Israel- Palestine conflict through a two-state solution based on the 1967 borders.

I attended the conference on 26-28 October and participated in lobbying members of the Congress on 29 October...

The guidelines for the lobby stressed Congressional support of Obama. With two other Minnesotans, I met with the two Senators from Minnesota, Franken and Klobachar , and Rep. Oberstar, the DFL member of the House from northeastern district of Minnesota...[18]

Marquit went on to participate in JStreet in Minnesota.

In the battle for health care, Communists in Minnesota, like Communists in the rest of the country, joined the struggle for a universal singer-payer health plan, and when that became impossible to achieve, we joined the struggle for the inclusion of the public option. Those on the left who rejected support of Obama's health-care effort because his proposals were not based on the single payer principle, remained in the sidelines, weakening the battle for healthcare and not winning allies among the masses. While supporting the Democratic Party's national healthcare bill as it emerged in final passage, the Minnesota District nevertheless supported the effort of John Marty, the most progressive gubernatorial candidate, to obtain the endorsement of the Democratic Farmer Labor Party as the Democratic Party is called here after its merger in 1944 with the Democratic Party), and who also most strongly put forth the necessity of a single-payer plan for Minnesota as the basis of his campaign. One of eight candidates for the DFL endorsement for governor, Marty did not win the endorsement, but he successfully pushed the single-payer issue to the forefront at the DFL state convention, and thereby induced the winning candidate, Margaret Anderson Kelliher, to announce during the balloting her support of the single-payer principle for the health plan that she will put forth for Minnesota as governor. We have not won the battle yet, but it is a struggle in Minnesota that is winnable, but not winnable without center-left allies in the DFL. Of course, the struggle for the single-payer principle is not the same as a struggle for socialism, but acceptance of the ideological content of the single-payer issue is a condition for a socialist consciousness. Those on the left who identify themselves as socialists and stood aside from the Democratic Party's effort for healthcare legislation made no allies for socialism among those who could not afford health insurance or otherwise lacked access to adequate healthcare.

The Sixth Forum of the World Association for Political Economy (WAPE) met at the University of Massachusetts/Amherst, 27–29 May 2011. Alan Ding (Xiaoqin Ding), the secretary of WAPE, sent Erwin Marquit for copyediting (which task Doris actually assumed) the draft statement that was to be presented for adoption at the conference.

Apart from Wadih Halabi and Marquit, who were the only CPUSA members who had been to previous WAPE annual forums, Art Perlo, chair of the Party’s Economic Commission also attended the forum.[20]

I mentioned earlier that we had three fund raisers, that is, house parties, for Keith Ellison. They were cosponsored again by our friends Nancy Anderson and Dave Holets. The year 2011 was not a Congressional election year. Nevertheless Ellison’s campaign committee needed to raise funds to cover the cost of mobilizing people into activity on the progressive political issues that he supported independently of the actual reelection campaigns. Our third house party, again in our home, was held on 1 September. I asked Marion Greene, who represented our district in the Minnesota House of Representatives to introduce Ellison when it came time for him to speak. About twenty-five people attended. We raised $1,620...</ref>Erwin Marquit memoirs, page 576</ref>