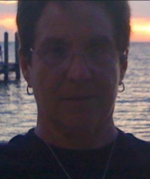 Template:TOCnestleft Ellen Kaiser is the partner of Max Elbaum. 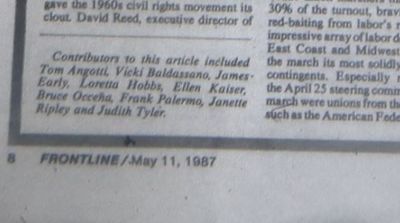 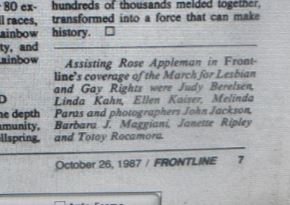 They will share their impressions from time spent in Hanoi, Hue, Ho Chi Minh City and at the Memorial Park at the site of the infamous 1968 My Lai massacre. The program will include comments on the importance of a strong antiwar movement in the U.S. - then and now - and donations will be requested for War Times/Tiempo de Guerras, the country's only nationwide, bilingual newspaper primarily devoted to opposing Bush's so-called "War on Terrorism."