"Bigger the Bigger "We" 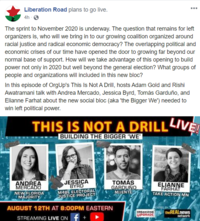 The sprint to November 2020 is underway. The question that remains for left organizers is, who will we bring in to our growing coalition organized around racial justice and radical economic democracy? The overlapping political and economic crises of our time have opened the door to growing far beyond our normal base of support. How will we take advantage of this opening to build power not only in 2020 but well beyond the general election? What groups of people and organizations will included in this new bloc?

In this episode of OrgUp's This Is Not A Drill, hosts Adam Gold and Rishi Awatramani talk with Andrea Mercado, Jessica Byrd, Tomas Garduno, and Elianne Farhat about the new social bloc (aka 'the Bigger We') needed to win left political power. 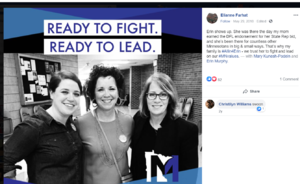