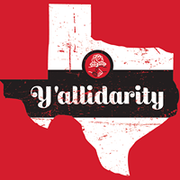 North Texas Medicare For All Committee

Democratic Socialists of America - North Texas works closely with the North Texas Medicare For All Committee.

In September 2009 Democratic Socialists of America - North Texas had 400 paid members in its ranks.

Kristian Hernandez, one of three co-chairs of North Texas DSA, said the group’s mission right now is growing and being visible.

“We’re an energized group. You don’t see a lot of those in Dallas,” Hernandez said. “We’re not beholden to any corporate money. That gives us a lot of liberty to pursue things and say things in a way that is ‘real talk.’”

Hernandez said two of the group’s goals this year were the failed sick paid leave petition and the 3 percent raise for Dallas ISD support staff that the board of trustees confirmed in August.

“We’re trying to change the narrative that electoral politics are the only way to make change in your community. They’re not the only way to have power and to fix things,” Hernandez said. “I’m not saying they’re not important, but there has to be a dual-sided effort of electoral wins and community power.”

As for running candidates in the future, Hernandez said the group would likely do so in the Democratic Party.

Carol Donovan, chair of the Dallas County Democratic Party, said she and party members welcome DSA because they are likely to oppose Republican leaders and Trump.

The group is also welcome to run candidates in the primaries, Donovan said, but she would expect them to support the Democratic platform if elected.

And that’s what was on the agenda at a recent North Texas DSA meeting, where 17 members and non-members met at Half Price Books in northeast Dallas to quietly discuss racial justice and local organizing efforts.

Leading the meeting was Hernandez, who wore a bright red T-shirt. At the close of the meeting, she urged non-members to join and to try and be at the next meeting.

“We know our place in Dallas. A lot of it is to agitate and to have people ask more critical questions and to question power,” Hernandez said. “We want to show people that they can demand better and demand more of their elected officials.”[3]

Earlier today our Healthcare working group and others met with Rep. Colin Allred to talk about #medicare4all.

"We appreciate Rep. Colin Allred (D-32) meeting with local supporters of Medicare For All this morning at his office in Richardson, TX. Our coalition, including labor organizations, immigrants rights groups, and the Democratic Socialists of America, delivered a letter urging co-sponsorship and support of the Expanded and Improved Medicare For All Act.

Solidarity Day School in Dallas, Texas, on Saturday, March 10, 2018, the first in what we hope will become a quarterly series of Day Schools for local leftists, movement activists, and organizers, all with differing levels of familiarity with Marxist theory.

The event took place in two parts–the first held from 8:00 AM-4:00 PM in the Meadows Convention Center, a space designed to serve community organizers and area non-profits at no cost; the second at the Pan-Africa Connection from 7:30-9:00 PM, an amazing bookstore, art gallery, and cultural center in South Dallas. Participation in this inaugural event was based on intentional outreach rather than broad promotional efforts, including representatives from area community organizations, movement groups, and other organized socialists (especially the International Socialist Organization and many more from the Democratic Socialists of America - North Texas). Most significantly: participants also included community members whom we met in the process of collecting signatures, riding the trains and talking to passengers to fight Dallas Area Rapid Transit (DART)’s proposed fare hike.

In our evening session at the Pan Africa Connection, we turned to the ways in which capitalism in America developed through genocide, slavery, and unspeakable brutality with a panel entitled “Understanding the Past, Confronting the Present, and Building a Socialist Future.” Jodi Voice Yellowfish spoke on First Nation struggles for social justice, especially with regard to reclaiming sovereignty over lands stolen by the US. Joining us via electronic technology, Kali Akuno, organizer for Cooperation Jackson in Jackson, Mississippi, discussed local struggles in Jackson, and confronting the far right and the new confederacy, and a comrade from the Mexican PRT reflected upon a recent, contentious election.

Throughout the day, topics also included ongoing, local movement organizing like the North Texas Transit Riders (NTTR), a rapidly expanding, deeply collaborative effort across multiple leftist organizers and activists and community members to fight DART’s (Dallas Area Rapid Transit) proposed fare hike. Robyn Kirk (of Democratic Socialists of America) described the ways she and Alex Teleky (of DFW Solidarity and the Green Party) worked to establish NTTR as a direct challenge to the logic of capitalism infiltrating every aspect of public transportation in Dallas. To date, NTTR petitions include almost 7,000 signatures. Before NTTR began their efforts several months ago, the DART Board strongly supported the proposed fare hike. NTTR efforts have made a significant impact, however. Last month, the DART Board passed the proposed fare hike by a very narrow margin. NTTR efforts continue in an attempt to overturn this unjust decision.

Looking back on the Day School, one of the most significant outcomes was the opportunity it provided to expand existing projects, including a collaboration with the American Federation of Teachers (AFT) and the North Texas Democratic Socialists of America to fight for a living wage for support staff employed by the Dallas Independent School District. Following a hallway conversation between Andrew Kirk (DSA and AFT) and Shannon Carter (DFW Solidarity and the Greens), Shannon met with union staff and membership at the AFT Offices in Dallas in an attempt to complement their ongoing campaign with a community organizing tool designed to facilitate storytelling (Roadside Theatre’s “Story Circle”), which she has used successfully in other contexts (with incarcerated women and seniors in Dallas and with social-justice oriented academics in Boulder, Colorado). For months, this fight has been a priority among North Texas DSA membership, with Andrew Kirk (DSA and AFT) and Zoe Holden (DFW Solidarity and DSA) taking lead. A key strategy has been to gather testimonials from cafeteria workers, custodians, and support staff to present at upcoming DISD Board meetings.

Additional joint actions include a fight for paid sick leave for all workers in Dallas, following the lead of Austin, which recently became the first city in the south to pass such an ordinance. To this end, DFW Solidarity hosted a public educational in Dallas on April 1, 2018, with Sarah Swallow (Fight for the $15, Work Strong Austin, Young Active Labor Leaders), a key organizer in the Austin campaign. Sarah spoke about her work in our state capital and how we might bring that fight to Dallas. AFL CIO-Dallas recently launched a similar campaign, as has the Workers Defense Project. DFW Solidarity have reached out to them to stand in solidarity and collective action.[4] 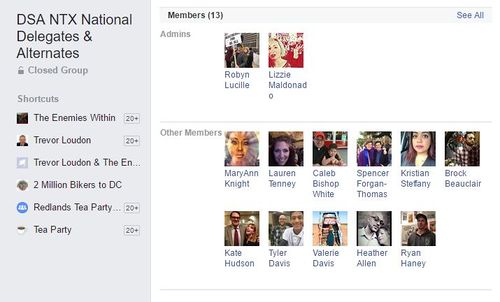 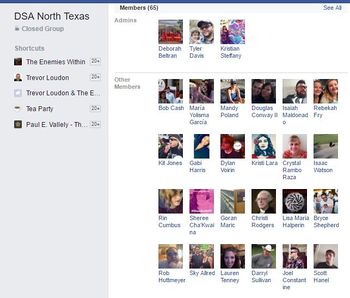 DSA North Texas is comprised of 11 counties, including Dallas, Tarrant, Collin, Denton, Ellis, Grayson, Kaufman, Johnson, Parker, Cooke, & Hill. We have organizing committees in Fort Worth and Collin & an interest group in Denton. We also have a youth chapter at McKinney HS and at UTD. 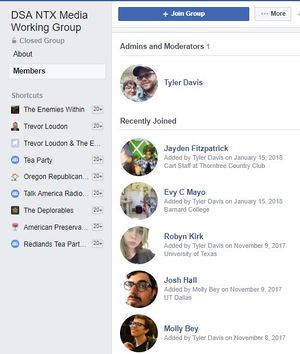 Our Mission: To be the creative services working group for the Democratic Socialists of America North Texas Chapter 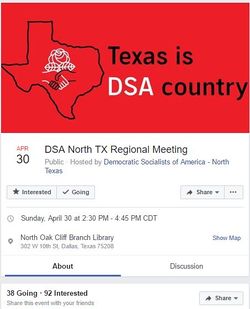