David Roddy is a California activist.

Davis Democratic Socialists April 12, 2012 · L to R Brett Lemke, Maxx Bartko, David Roddy (Fearless Leader), Crystal, and Teresa Ruark at Occupy The Capitol. The Davis YDS endorsed the “March On March” actions March 1-5, and in conjunction with Occupy Davis, and Occupy UCD, helped put together the Funeral For Public Education, which kicked off a series of events that led to the occupation of the Sacramento, CA capitol on Lobby Day.

Some of the Amador County residents who participated in the We Are One rally in Sacramento on Monday the 4th, 2011 were David Roddy and Mike Israel , Nora Coryell and Mike Pulskamp, and Janet Kendig, along with several others.

Ami Bera recognized us and stopped by to chat about his new campaign to defeat Dan Lungren and the need for solidarity amongst workers around the country. [4]

In 2016 David Roddy was a member of Sacramento Democratic Socialists of America. He signed the Give The People What They Want: DSA Members on 2016 and Beyond letter.[5] 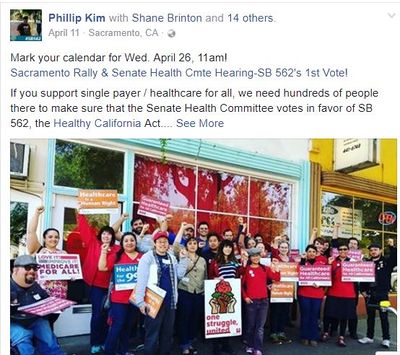 Mark your calendar for Wed. April 26, 11am! Sacramento Rally & Senate Health Cmte Hearing-SB 562's 1st Vote! If you support single payer / healthcare for all, we need hundreds of people there to make sure that the Senate Health Committee votes in favor of SB.[7] 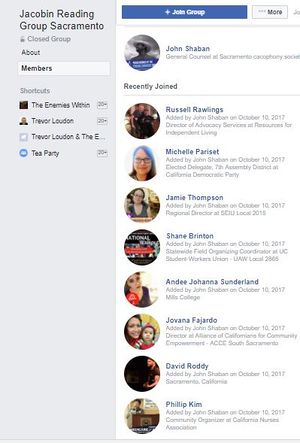