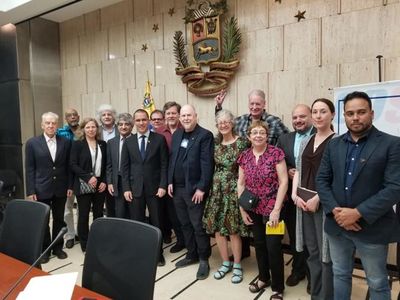 Even by Sunday, March 10, the delegation already had a lot of media requests for interviews. They plan a press conference at the United Nations in New York City on Monday, March 18 at 11 a.m., as well as a public webinar reportback.[1]