Dan Goldstick is a leader of the Communist Party of Canada

British Columbia Communist Party leader George Gidora was elected in place of Helen Kennedy at the party's 34th convention, held in early in 2004. All other incumbent members were re-elected to their positions. Parizeau was removed from office in 2005. 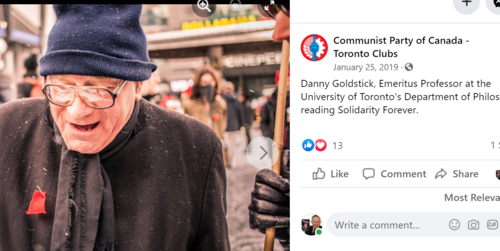