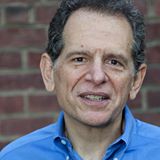 We've Carried The Rich For 240 Years! 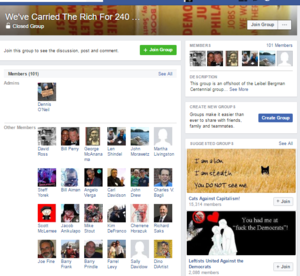 We've Carried The Rich For 240 Years! Let's Get Them Off Our Backs! is the name of a 2016 Facebook group for folk to exchange views and memories of the Revolutionary Union/Revolutionary Communist Party/Revolutionary Workers Headquarters lineage of the '70s New Communist Movement.

This group is for folks who were members of these groups or those who were “never actually in the RCP but I knew a lot of people who were.” Scholars, whether rigorous or casual, of the US left are also welcome.''

The Radical Student Union first appeared at UMass Amherst in 1976 as the Revolutionary Student Brigade, which was founded by Charles Bagli, a Boston University graduate who had moved to Amherst to capitalize on the political momentum on campus.[1] 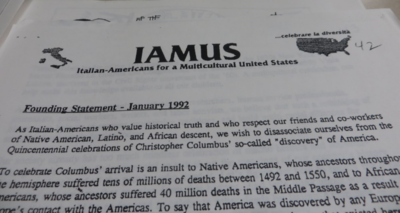 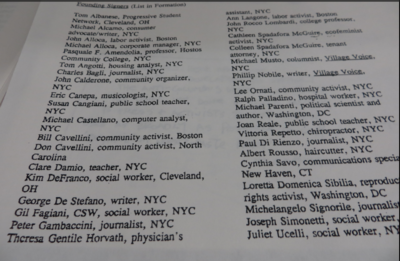 In 1992 Founding Signers of Freedom Road Socialist Organization front Italian-Americans for a Multicultural United States were; 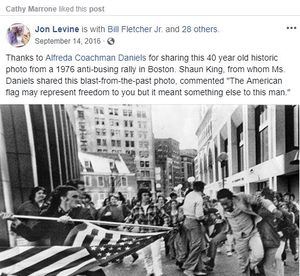 Thanks to Alfreda Coachman Daniels for sharing this 40 year old historic photo from a 1976 anti-busing rally in Boston. Shaun King, from whom Ms. Daniels shared this blast-from-the-past photo, commented "The American flag may represent freedom to you but it meant something else to this man."[2]