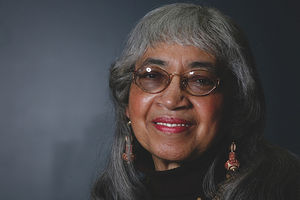 Template:TOCnestleft Brenetta Howell Barrett was Director of Consumer Affairs in the Harold Washington Administration in Chicago.

On September 7, 1991, more than 300 people gathered at the St James methodist Church on Chicago's South side to remember the life of Communist Party USA national committee member, Claude Lightfoot. Speaker Brenetta Howell Barrett, spoke of malignant concoctions of race and class, brewed up in laboratories by perverted, political and social chemists for the sake of profit and power[1].

Chicago Committee to Defend the Bill of Rights

In 1992 Brenetta Howell Barrett was a member of the Chicago Committee to Defend the Bill of Rights, a long time front for the Communist Party USA, then dominated by members of the newly formed Committees of Correspondence.[2]

Chicago Committee to Defend the Bill of Rights Bicentennial Celebration

The Chicago Committee to Defend the Bill of Rights board as of 2009 was[4];

In 1998 Brenetta Howell Barrett was listed as a volunteer and intern of Paul Robeson 100th Birthday Committee.[5] 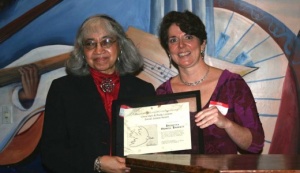 Labor and community activists, elected officials, readers and supporters of the PeoplesWorld.org and MundoPopular.org gathered in Chicago Nov. 20th, 2011, for the annual banquet bash at the Parthenon Restaurant. They feasted on sumptuous Greek food and honored heroes of the growing labor and people's movement.

"Something's terribly wrong when 1% of the population controls 40% of the nation's wealth," said Congressman Danny Davis, D-Ill., who appeared on behalf of his longtime friend Brenetta Howell Barrett.

Barrett was one of those receiving the Rudy Lozano-Chris Hani Social Justice award.

Davis said it was the steadfastness of fighters like Barrett, who had been in every fight he could recount, that the movement for justice and equality would be successful.

Barrett, who among other things is a leader of Chicago Committee to Defend the Bill of Rights, a former commissioner in Mayor Harold Washington's administration and trailblazing fighter for political independence, said it was critical to reelect Pres. Barack Obama in 2012 and blasted the racist attacks on him.

"Everyone needs to be involved in that fight if we are to have any meaningful change," said Barrett, who it was noted was a master of combining street heat with political and electoral action.[8]