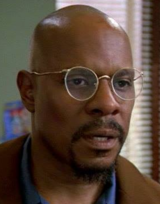 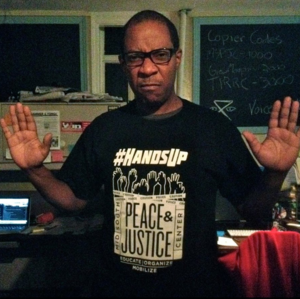 Brad Watkins is a native Memphian and has been active in the community throughout his life, culminating in his involvement in the 2004 presidential campaign for Howard Dean. This in turn led to his efforts to turn the local Democratic party back toward its progressive base; from 2005 to 2006 he sat on the Executive Committee of the Shelby County Democratic Party. He was a long-time volunteer with the Mid-South Peace and Justice Center when he worked on the Memphis Living Wage Campaign, the Coalition Against Private Prisons and the campaign to end the war in Iraq. Watkins is now convinced that true positive social change can only come from the community itself and that the progressive movement must be committed to the task of organizing with those who are directly affected by injustice. In 2008 Watkins was accepted into the D.C.-based Center for Community Change's GenChange program as a fellow and oversaw CCC and MSPJC GOTV efforts in four low-income, low voter turnout communities of color in the 2008 local elections. Watkins joined the staff of the Mid-South Peace and Justice Center in December of 2008 and since then has overseen the Center's programs and campaign efforts on homelessness, blight, foreclosure, the Neighborhood Alliance, criminal justice reform and electoral organizing. He became Executive Director in 2014.[1] 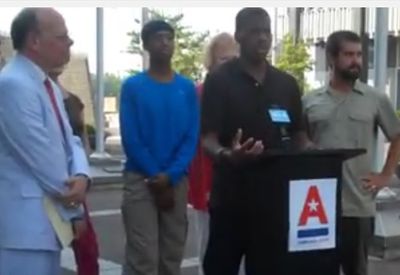 Rebuild the Dream Press Conference in Memphis, TN on September 1, 2011. Brief speeches were made by Representative Steve Cohen, Martavius Hampton, Cody Mathis, and Brad Watkins of the Mid-South Peace and Justice Center.[2] 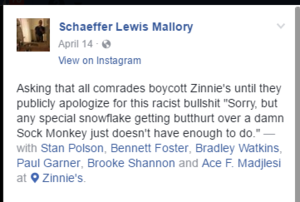 Angela Davis stood before a crowd of hundreds at First Congregational Church in Midtown on SaturdayJanuary 14, 2017. She attacked capitalism, praised communism and criticized Donald Trump.

"Our goal is to guarantee that Donald Trump will not be able to govern comfortably. ... If you think you've been to a lot of demonstrations in the past, well, multiply that by a hundred. Or a thousand over the next period," she said, and the audience cheered.

Earlier, she said Trump embodied the worst elements of oppression and capitalism. "He represents precisely those forces of capitalism that have impoverished so many of the people who decided to vote for him, because they feared for their future."

"Sometimes I feel really nostalgic about that era because it meant we were connected with people all over the world, because there were communist parties all over the world," she said. "And so we felt as if we were a part of a global struggle. The Cuban revolution was our victory. And we don't have that now."

The organizer of the event, the Mid-South Peace and Justice Center, billed the annual fundraising banquet as a kickoff to long years of struggle against Trump's policies. In an email before the event, the staff wrote, "We will, with every resource at our disposal, stand against an agenda that denies the dignity and humanity of people of color, undocumented families, women, people with disabilities, and those of the Muslim faith. These values are non-negotiable."

Banquet attendees filled not just the seats at the round dinner tables but the church balcony, and some stood in the back. The event was attended by some Memphis elected officials including Shelby County Commissioner Eddie Jones as well as state Sen. Lee Harris and U.S. Rep. Steve Cohen.[6] 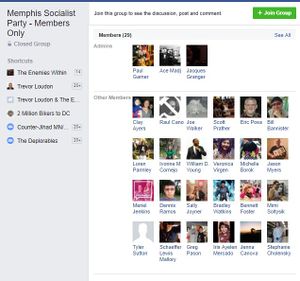 34th Anniversary of the Mid-South Peace and Justice Center.